The Hawk 127 lead-in fighter prepares qualified Air Force pilots for conversion to F/A-18A and F/A-18B Hornets and F/A-18F Super Hornets.The Hawk is a low-wing, all-metal aircraft, fitted with a navigation and attack system, and powered by a single Adour Mk 871 turbofan engine. 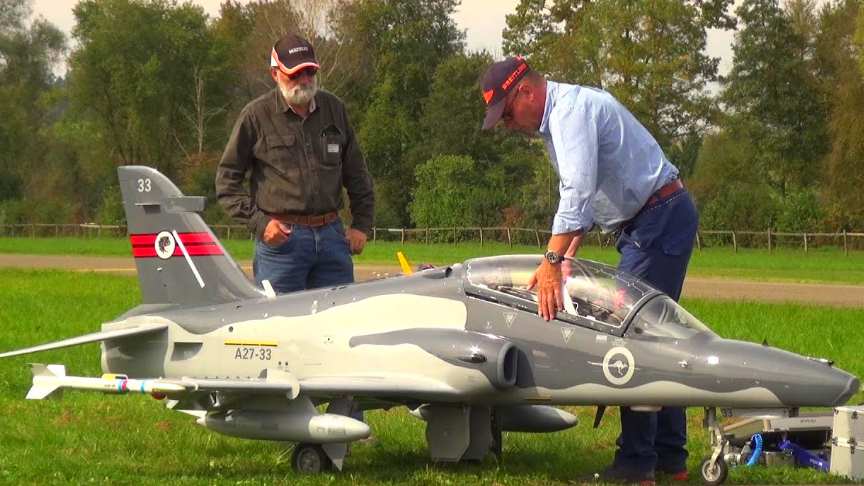 This RC Scale 1:2,5 Bae Hawk is manufactured in modern GRPsandwich-vacuum technology, it has a wing span of 3.80m, a length of a 4.9m. The airplane is powered by a JetCat P550 PR turbine engine, the take-off Weight of the airplane is 80 kg.

This single shaft Turbine is equiped with a radial compressor ,diffusor , combution chamber , turbine and Exhaust nose. The body of the airplane is made from fiberglass, the airplane has Scale landing gear, scale cockpit, tailpipe, GRP tank and many more optional available./ RCHeliJet