The Kawasaki Z1 is a four-cylinder, air-cooled, double-overhead camshaft, carbureted, chain-drive motorcycle introduced in 1972 by Kawasaki. 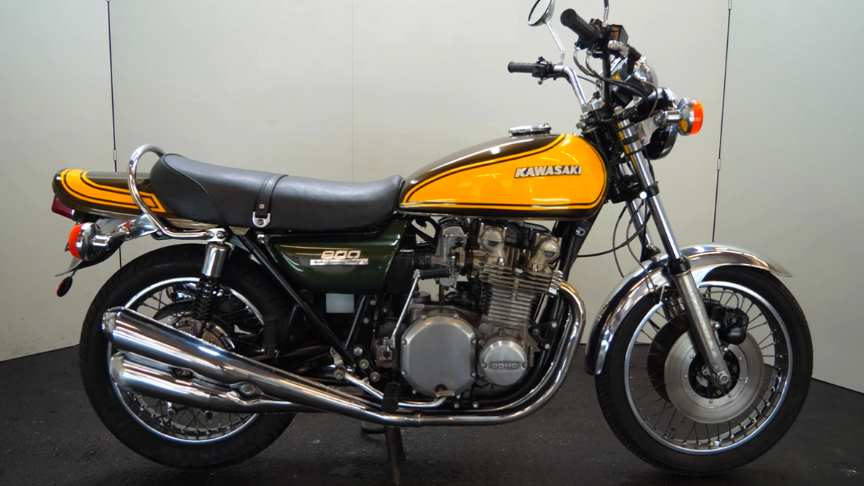 The Z1 was noted for being the first large-capacity Japanese four-cylinder motorcycle to use the double-overhead-camshaft system on a production motorcycle.

On the topic of chassis characteristics, responsible for road holding, handling behavior and ride comfort, the Kawasaki Z900 has a frame with front suspension being and at the rear, it is equipped with. The automatic chain oiler was deleted, the styling was revised – essentially paint scheme and side-panel nomenclature – and the braking was improved.