That is the most powerful RC Airplane with totaly 1200 newton Thrust. 1 newton are 0,102kg Thrust we have here 4x JetCat P300 Turbine each of this Turbine have 300 Newton Thrust totaly 122,4Kg Thrust power to 149Kg weight of the Model. 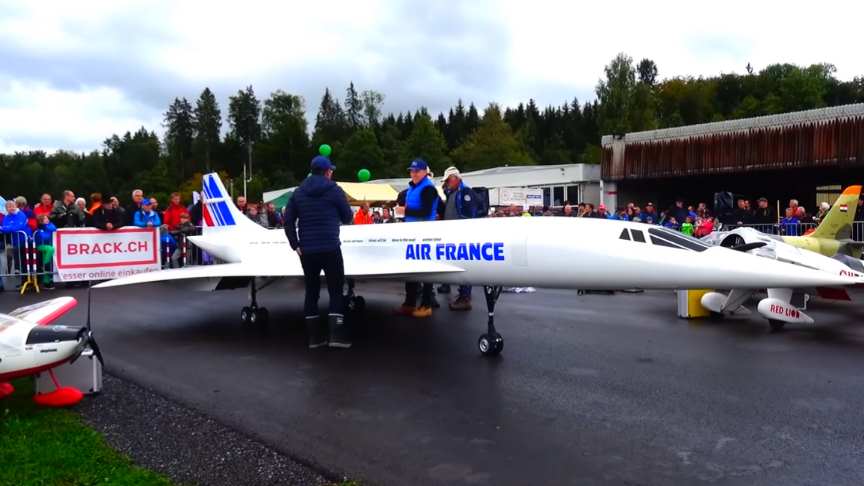 This Concorde have a Length from 33 Feet and the Cockpit can move down Like the Original to see the Runway during the Takeoff and Landing.

The aircraft was initially referred to as “Concorde”, with the French spelling, but the name was changed officially by Harold Macmillan to “Concord”. Concorde pioneered a double-delta shaped wings, variable inlet ramps, supercruise capability, thrust-by-wire engines and a droop-nose section for improved landing visibility.