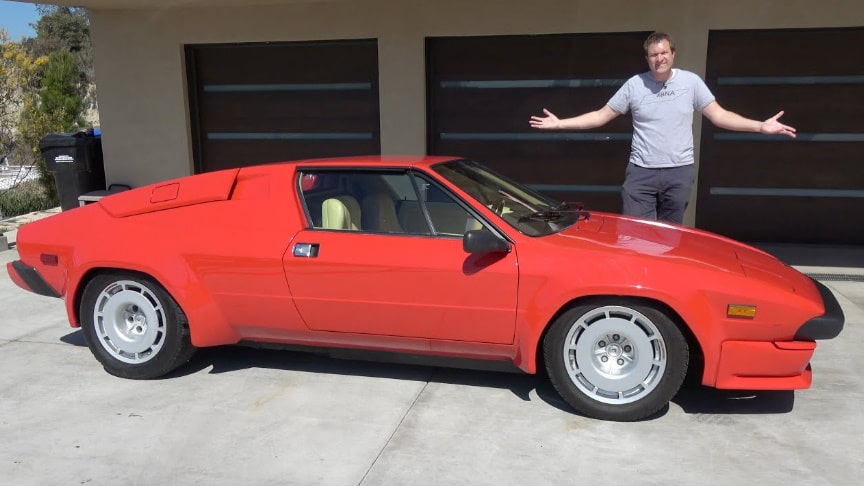 The Jalpa was a development of the earlier Silhouette intended to fill a role as a more “affordable” Lamborghini, being much less expensive than the flagship Countach and being also designed by Bertone. Watch the video from Doug DeMuro for more info:

The Jalpa was fitted with a 3.5 L double overhead camshaft version of the V8 engine used in the Silhouette on which it was based. The version used in the Jalpa had a power output of 255 hp at 7,000 rpm and 225 lb⋅ft of torque at 4,000 rpm in European specification.

The engine in the US models had a power output of 250 hp.Fuel flow was managed by four twin-barrel down-draught Weber 42 DCNF carburetors.amborghini claimed the Jalpa could accelerate from 0 to 100 km/h (62 mph) in 6.0 seconds, the top speed was 249 km/h.