In this video from the National Corvette Museum in Bowling Green Ky I check out the one and only 1983 Chevrolet Corvette.There had been a long debate on whether there were any true 1983 Corvette.And if so.Were there any left.In a barn somewhere?.Hidden from public eye. 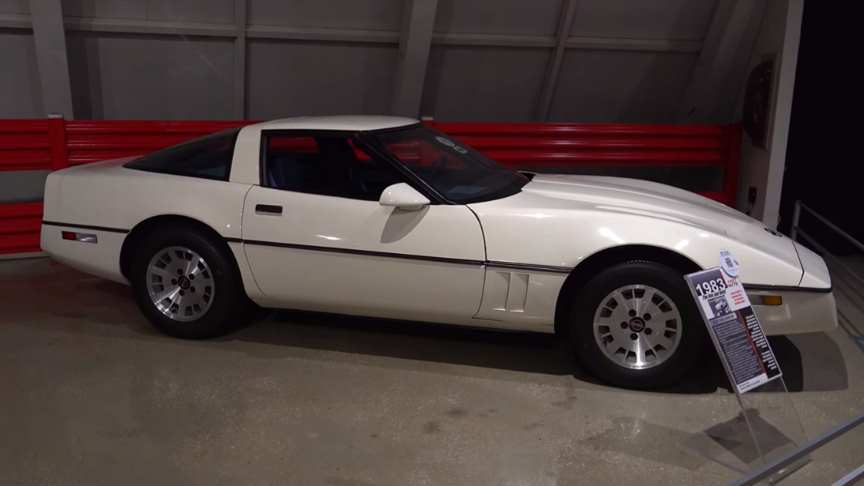 How cool is that!?!?There is so much more to the history of this car.I named it God’s Corvette.This 1983 Chevrolet Corvette should not be setting there.If it were up to General Motors it would have been crushed.

They ordered it crushed.But it was saved by accident??..I think not!!.lol.Only Divine Intervention could have saved it.Not once!!.But twice.. This 1983 Chevrolet Corvette was at the National Corvette Museum when the sinkhole happen and it was saved a second time.Less than 5′ from going in.This is one very cool Chevrolet Corvette with a amazing History..Check it out!!!via/read more: ScottieDTV