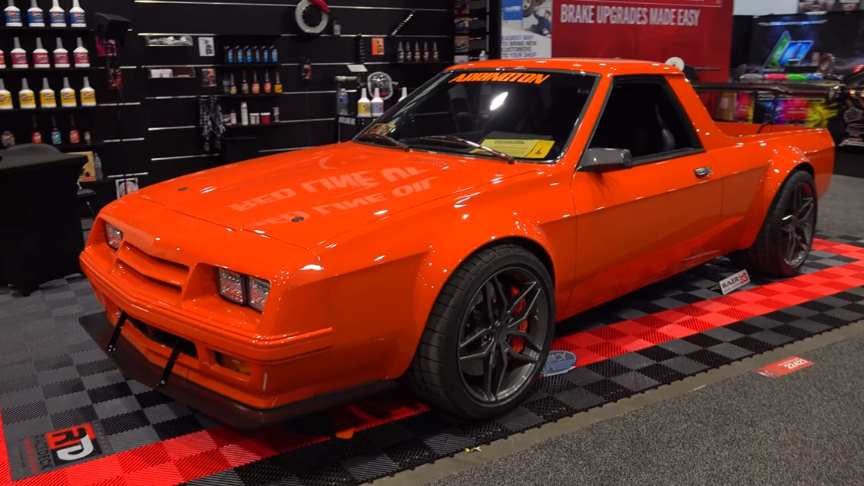 Back in the day they were front wheel drive cars.that had a pickup bed on the back of it.It was a unibody.Not something you would have dreamed of making a Hot Rod out of it.Unless this is what You had in mind.This one is now covered in a bright orange paint..And this 1984 Dodge Rampage is no longer front wheel drive.It is now rear wheels drive.

Back in the day.It had a 4cyl in the front.Now it is a mid engine 392 HEMI with stacked injection.And a 6 speed transmission backing that up.How cool is that!?!?!.Wheels are always a personal choice and no one set will please everyone, but I’m good with the dark grey ones they chose to run on this 1984 Dodge Rampage from the 2019 SEMA Show.The interior is all custom and very aggressive.

Works well with the build.That’s the thing about the SEMA Show.You never know what your going to see.And when You think You have seen it all.You find a 1984 Dodge Rampage that has a mid mounted HEMI in it.lol.This is the stuff I live for.Hot Rodding at it’s best!/via/read more: ScottieDTV