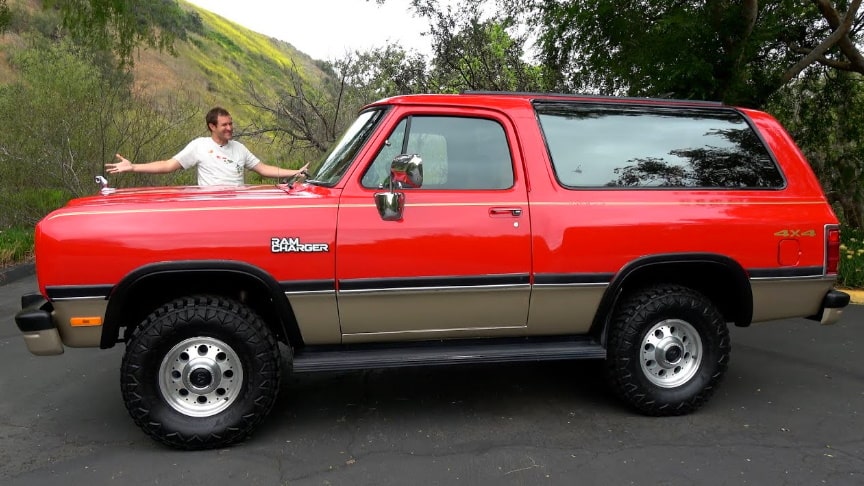 The third generation Ramcharger was produced in Mexico from 1998 for the 1999 model year, based on the same platform as the Dodge Ram pickup and sharing most of its componentry with the Ram as well.

It had also shared some of its parts and components with the third generation Chrysler minivans (Chrysler Town & Country, Dodge Caravan/Plymouth Voyager) as well.

It was only sold in Mexico where the previous generation Ramcharger had been successful. It was available in the ST, SLT, SLT Plus and Sport trim levels. Powered by the 318 cu in (5.2 L) or 360 cu in (5.9 L) Magnum V8 engines and offered only in rear-wheel drive versions, it was discontinued after the 2001 model year./Doug DeMuro