In today’s video you’ll see a 1994 Bugatti EB110 GT in action! This car is fitted with a custom exhaust, and it sounds great!The Bugatti EB 110 is a mid-engine sports car produced by Bugatti Automobili S.p.A. from 1991 until 2002, when the company was liquidated. It was the only production model made by Romano Artioli’s Italian incarnation of Bugatti. 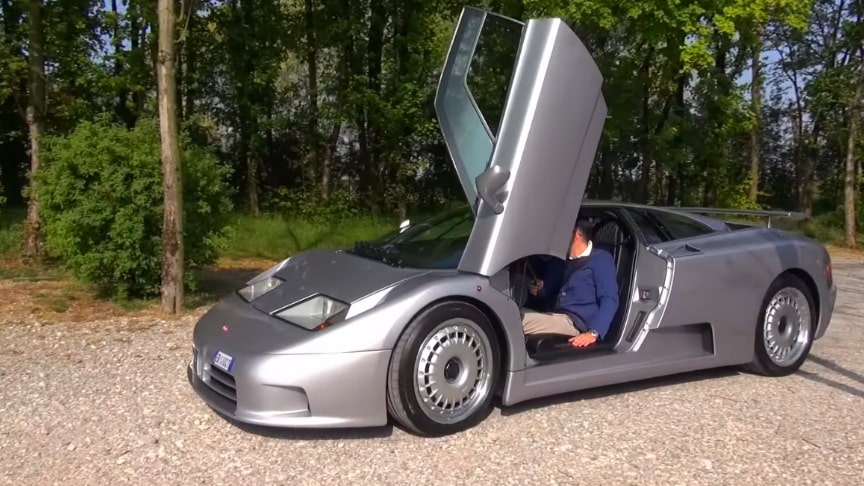 The car uses a double wishbone suspension, with the chassis built by Aérospatiale, an aircraft company, and made from carbon fibre. Equipped with Gandini’s trademark scissor doors, it has a glass engine cover that provides a view of the V12 engine.