On the valley floor beneath the dramatic sandstone cliffs of Bluff, Utah, emerging builders have spent over two decades erecting experimental homes with new materials like FlexCrete blocks: a Navajo Nation product created from the coal ash leftovers from power plants. 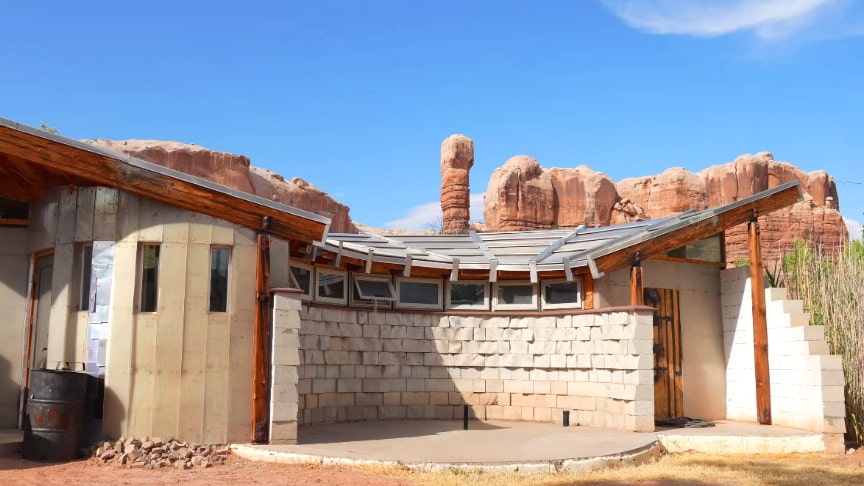 They’ve built dozens of homes testing earthen plasters, recycled plastics, shipping containers and pallets. Located at the edge of the Navajo Nation, they have also merged their investigations with traditional craft to build with owners on tribal land.

“Sweet Caroline” (2006) is round like a traditional hogan with an eastern entrance, but instead of earthen plasters, they used Flex-crete, a fly-ash (coal-burning power plant by-product) material produced in the Navajo Nation. “Benally” (2007) was constructed with “rejected road base material that matched perfectly the sand/clay/aggregate ratio necessary to make non-stabilized (no added concrete) compressed earth blocks”.

Making the central hearth the focal point (as in a traditional Navajo home) the passive solar compressed earth block walls were built to point directly from the hearth toward the four sacred mountains (fundamental to the land). The roof shading acts as a traditional “shade house”.via/read more: Kirsten Dirksen