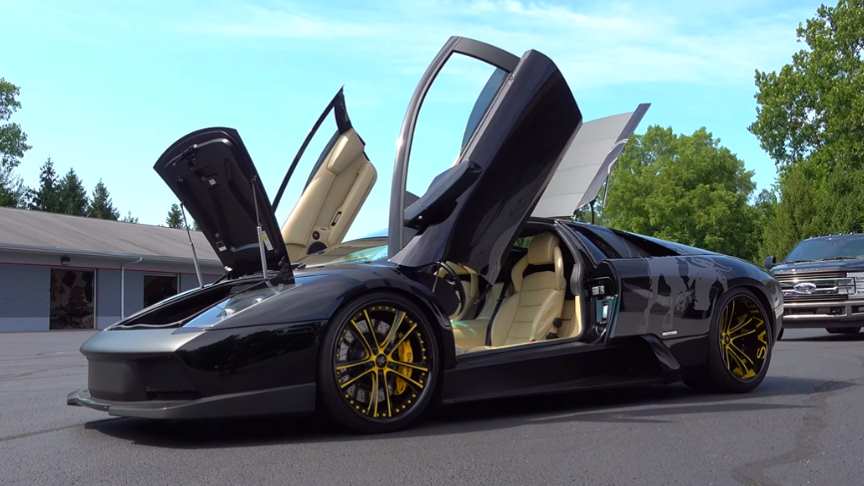 The body is made of Carbon Fiber and this one is covered in deep black paint with flat black accents.Silver raging bull graphix…A very cool look on a very cool looking car.. The interior is race car like and covered in tan leather.This is a race car that car be driven on the street so there is heat but no air conditioning.

Aftermarket stereo in case you get tired on the sound of the V-12 that sets right behind your head.You would think that the stock wheels on a car that cost over 100k would be cool and I am sure they were.But not cool enough for Mark..

This 2003 Lamborghini Murcielago sets on one off custom wheels.Nice!.I don’t shoot a lot of these supercars because I don’t have access to many of them…Not because I don’t think they are cool.Lamborghini sure knows cool.//ScottieDTV