On 2005 at St. Moritz, in Switzerland was a historic italian cars meeting. This year the guest sposor was Maserati and thanks to this they pulled out from a museum the one-off concept car called Maserati Birdcage 75th Anniversary, or also Pininfarina Birdcage 75th. 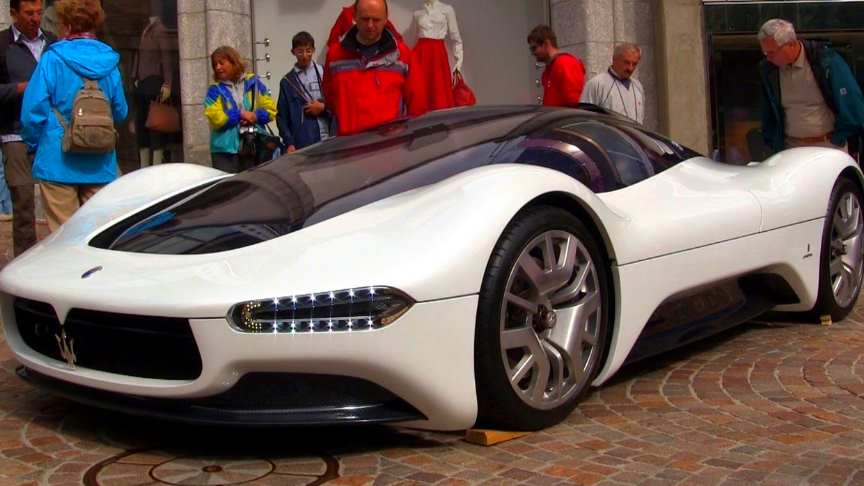 The car was presented in 2005, in celebration of the 75th anniversary of the Maserati factory. The Birdcage 75th was designed by Pininfarina and it’s based on the chassis of the Maserati MC12 as well as the V12 engine is the same of the MC12 one.

The interiors of this car are something really special: the seats seem extensions of the car, the steering wheel seems one of the F1 ones.

The “technology” part of the car was completed by Motorola.In this video you can see some static angles of the car and some details of the interiors. You can also see how the roof opened./19Bozzy92