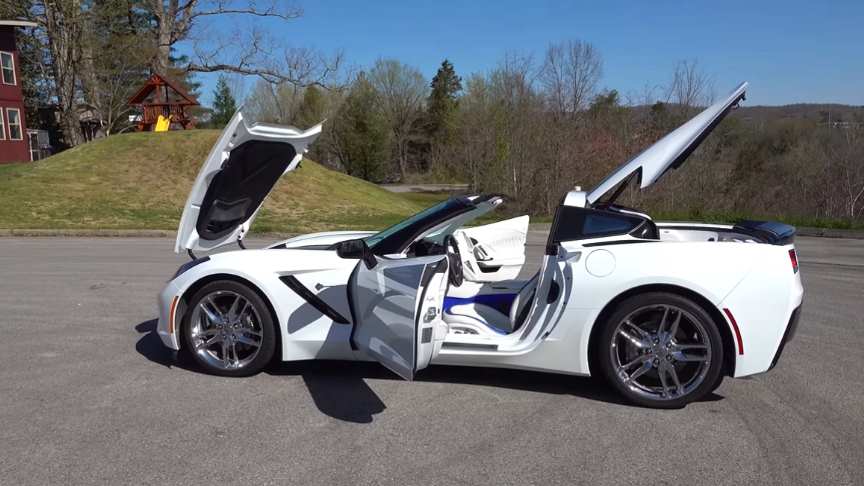 Street Rods.And highly customized cars and trucks. I’m sure it come as no surprise that they can make anything cool they put their minds to.It’s not like we haven’t seen them do modern Cars.They did a BMW a couple of years ago.They did a awesome job on my 2008 Ford Mustang.

The ScottieDTV 2005 GMC Yukon.It’s just they don’t do it everyday.It’s not their bread and butter as they say.Steve’s Brother bought this 2015 Chevrolet Corvette a couple of years ago and is just starting to do some personal touches to it.

And when Your Brother is one of the best Custom Interior Guys on the planet.You start there.Steve and the Boys at Pro Auto Custom Interiors killed it.There is not another Chevrolet Corvette on the street with a interior like this one.Check it out!/ScottieDTV