Inspired by a similar concept. I wanted to make a 3D rendering/animation of a really big excavator spider mech. I had a model of a Volvo construction equipment EC750E and just copied the arm eight times after rigging it./ Ruff 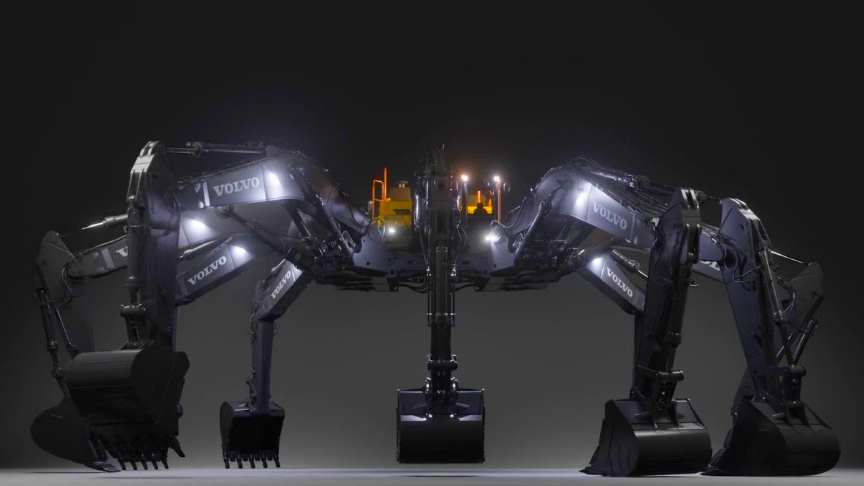 The arms are connected to an ad hoc base that would likely not survive these kind of stresses if you looked into the actual physics of it.Everything made in Blender and rendered with Eevee.video/text: Ruff

Each leg has an IK constraint to individual leg targets that do not follow the rig. The rig is otherwise parented to the superstructure, which in turn is set to follow a fairly straight path, while the IK targets are hand animated into a walk cycle.

Only physics simulation is of hoses that are set up as (very rigid) cloths. The brief real footage was a very quick job done with Blenders built in motion tracking.via/read more: Ruff