This is the brand new Alfa Romeo GTAm! The limited edition track super-saloon boasts an aggressive design, totally focused interior, and takes the Giulia to new heights. Let’s take a first look walkaround at the new model in detail to discover all about it.Alfa Romeo have a fantastic motorsport history and in their 110th anniversary, the 500-unit run of the new GTA arrives in a way few others would match./ Shmee150 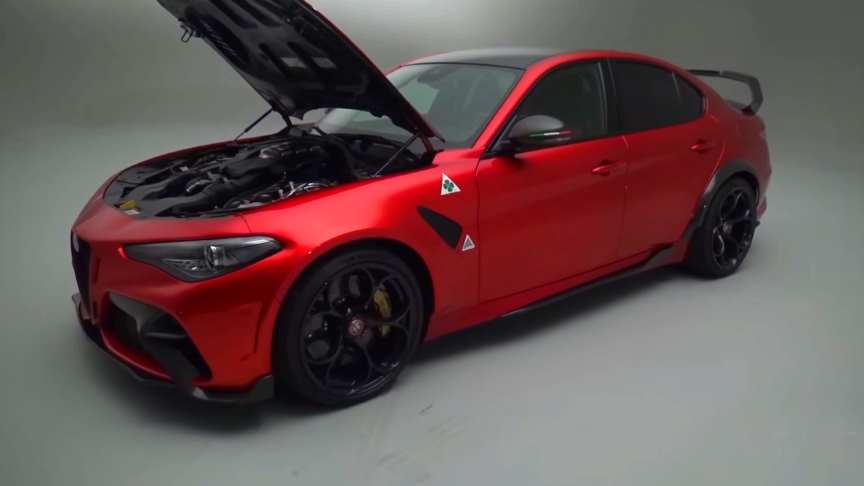 The GTA and GTAm link back to the 1965 GTA, standing for Gran Turimso Alleggerita, with the new car available to be ordered either as the regular model with 5 seats, of the Modificato version with the rear bench replaced by a cage and harnesses, and featured a wildly more track oriented design thanks to the large wing and extended splitter.

In both instances the 2.9l TT V6 sees a power jump to 540hp with torque at 600Nm, which means a 0-100km/h (62mph) of approximately 3.6 seconds and a soundtrack to enjoy thanks to the standard Akrapovic titanium exhaust system.

Visually the car is wider, lower, has a new fascia and rear, wears different wheels and comes available in a series tricolore paint colours (GTA Red, Montreal Green, and Trophy White) or 8 heritage designs. Both models include a Bell Helmet and Goodwool car cover as standard, with the GTAm also including an Alpinestars racesuit for the additional price; being €181,500, €5,000 over the GTA’s €176,500 pricetag.via/read more: Shmee150