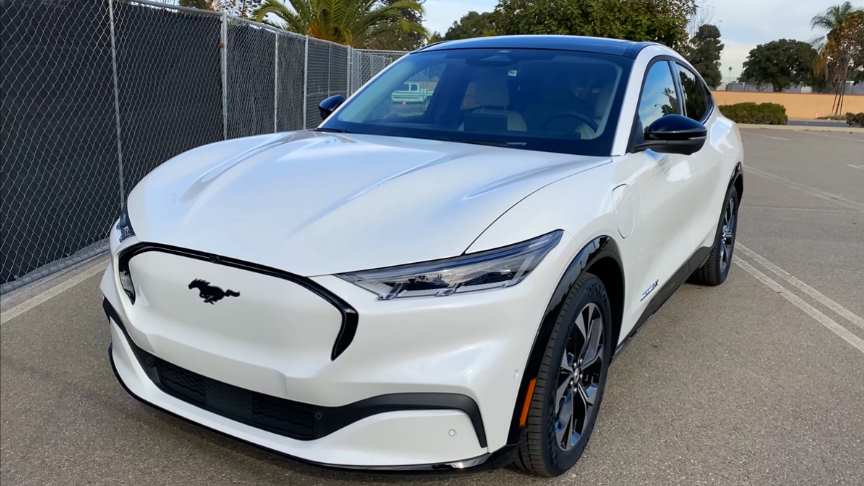 The Mach-E name is inspired by the Mach 1 variant of the first-generation Mustang.Conventional door handles are absent on the Mustang Mach-E, and the vehicle instead features buttons that pop open the doors and a small door handle protruding from the front doors. Owners can use their smartphones as a key as well as a keypad built into the B-pillar.

The interior has a wide dashboard and built-in soundbar; the dash is equipped with a vertically mounted 15.5 in (39 cm) touchscreen infotainment system with a rotary dial fixed onto it. The majority of the car’s systems are controlled through the screen, which uses Ford’s recent SYNC 4 operating system that can accept wireless updates.

The model will be launched with two battery pack sizes and three power outputs. The entry-level rear-wheel drive version is offered with either a 68 kWh battery producing 266 hp or a 88 kWh extended battery producing 290 hp. Both battery packs have a claimed 0-60 mph time of 6.1 seconds or less and an EPA range of around 211 and 300 miles respectively.