With its homage to the fourth, all-black Atlantic, missing since the Second World War, BUGATTI is bringing the speed, technology, luxury and aesthetics of an icon into a new era. But the customised creation of “La Voiture Noire” is far more than a modern interpretation of the ghost of the gran turismo. “La Voiture Noire” is a tribute to BUGATTI’s own history, a manifesto of the BUGATTI aesthetic and a piece of automotive haute couture./bugatti 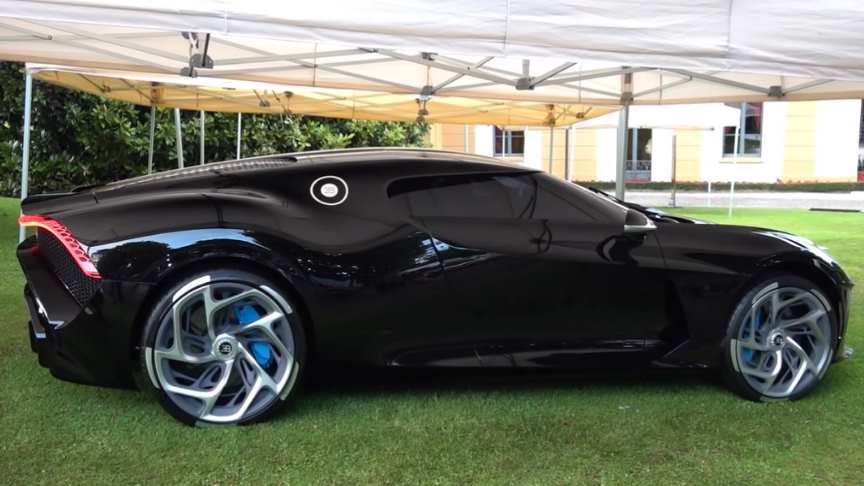 Watch the gorgeous Bugatti La Voiture Noire being loaded onto a trailer at Concorso d’Eleganza Villa d’Este 2019. Sadly, this is just a show car with no engine in it, but at least you can admire the beauty that is this car in action!

The neo-retro-futuristic fastback body in shiny carbon fiber , is entirely handmade, at the Bugatti factory in Molsheim in Alsace . The backbone of aluminum low roof, to the famous grille in horseshoe 4 reminds those of Bugatti and Bugatti Type SC57 Fireball Atlantic in 1930.