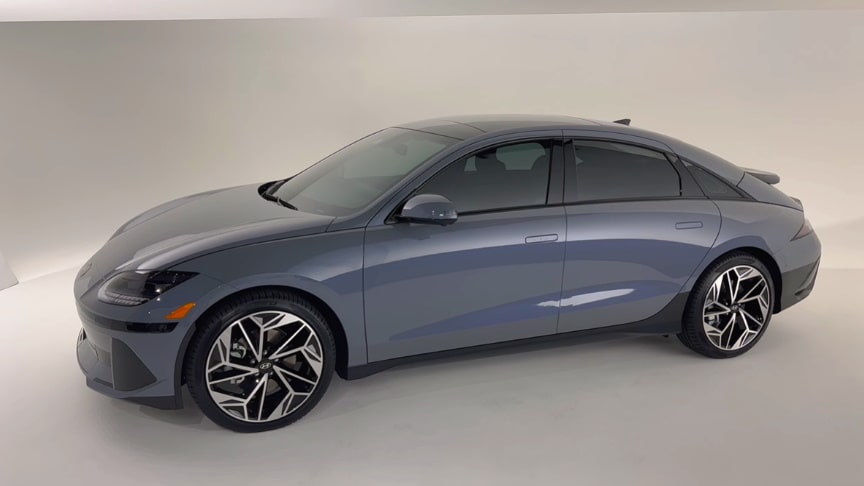 The Ioniq 6 was developed under the codename CE. It was previewed by the Prophecy concept car which was showcased in March 2020.A design sketch was released first as a teaser image on 21 June 2022.

The concept sketch of the car represented the “Electrified Streamliner” design approach, built on Hyundai’s new E-GMP platform; the sketch showed a soft streamlined design that minimizes wind resistance. A long wheelbase was applied compared to the overall height.

Estimated range is 610 km (380 mi) for the RWD version with the larger (Long Range, 77.4 kWh) battery, using the WLTP cycle.Under Korean test standards, the long-range RWD version with 18-inch wheels was expected to have a range of 524 km (326 mi).The standard range version with the smaller 53 kWh battery and 18-inch wheels is expected to have a consumption of less than 14 kWh/100 km (150 mpg‑e).Using an 800 V DC charger supplying 350 kW, the battery can be charged from 10% to 80% in less than 18 minutes.The Standard Model is not planned to be marketed in the United States.