The Deus Vayanne is an electric hyper/sports car produced by the Austrian car manufacturer DEUS Automobiles, the production will be limited to 99 units and will go into production in 2025. 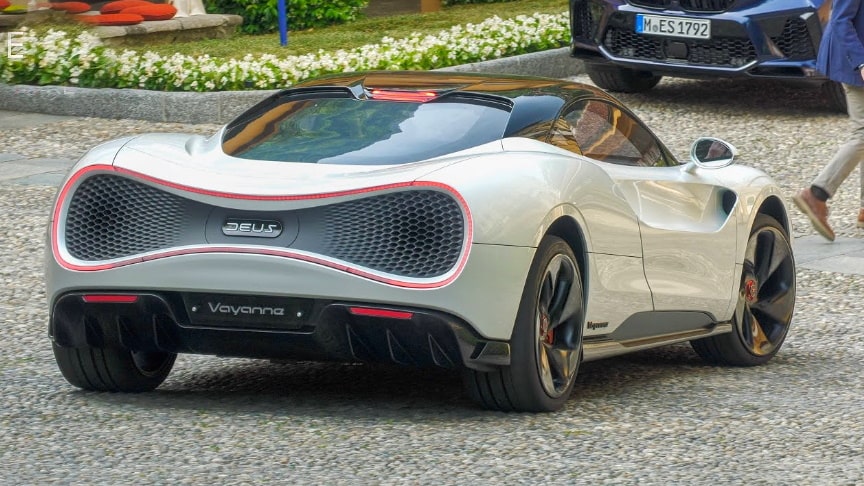 The Vayanne was presented at the New York International Auto Show in April 2022.It was developed in collaboration with Italdesign and Advanced Engineering, a subsidiary of Williams Grand Prix Engineering and produced in Austria.

The Austria-based company, together with its technical partners Italdesign Giugiaro and Williams Advanced Engineering, claims the Vayanne will be able to hit 100 kmh (62 mph) in under 1.99 seconds and will achieve a top speed of over 400 kmh (248 mph).

The interior of the Vayanne is elegantly effortless, inspiring a refined sense of luxury. Every command interaction method with the vehicle is considered, functional and enjoyable. It sports a combination of digital and analogue controls that are ergonomically within the driver’s reach.//Deus Vayanne