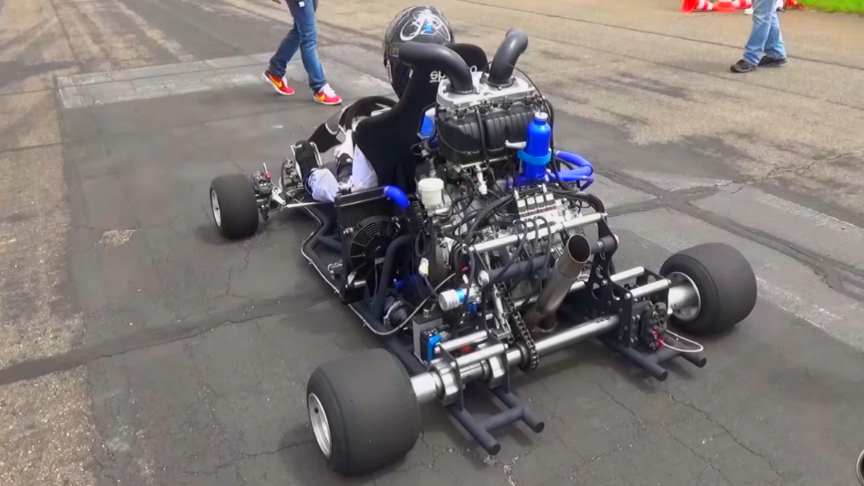 This guy decided to buy one of these motorcycle engines, modify it to the tune of 230-horsepower, and then install the thing on a go-kart. The Super Go Kart has a Honda CBR1000RR Fireblade engine what produce 230HP what will go from 0-100 in 2.4 seconds with a topspeed over the 300 KM/H!!

It not only took the engine, but the tuners further revise certain elements of the engine, and further increase the strength. The result is one of the most powerful karts in the worldSuzuki GSX 1300R Hayabusa going up against none other than one killer go-kart powered by Honda CBR 1000RR Fireblade power.

At 230 hp, this kart is no joke as it tears down the track to speeds topping 140 mph, but it isn’t to be topped by the 400 hp Hayabusa that manages almost 170 mph.In terms of a race, the go kart seems to really put a power down better at launch than the bike, but in the top speed competition, the Hayabusa has the huge advantage!