Check out this awesome motorcycle powered by a 2500cc flat four Subaru Turbo Engine. This was one of many great bikes on display at the Evolution of the Motorcycle Show. Filmed on Sunday, 9th April 2017, at the Rodney Green Centennial Events Centre, Napier, Hawkes Bay, NZ. 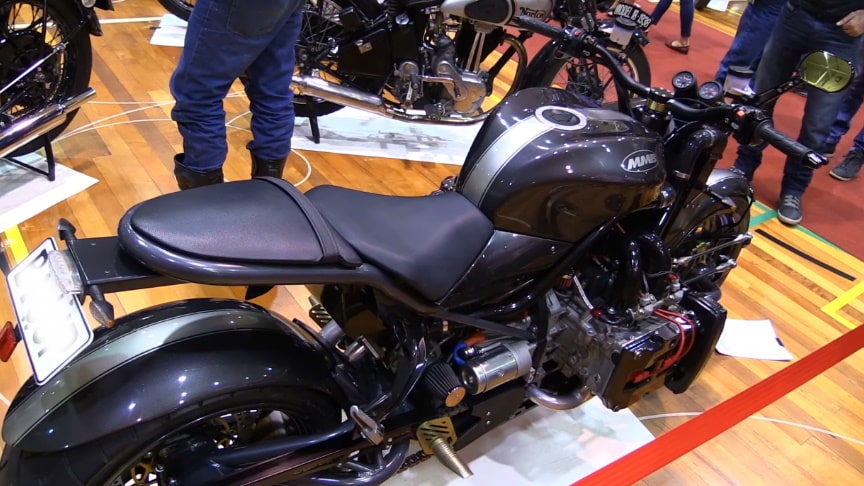 Named the The Madboxer it was designed and developed by Marcel van Hooijdonk from New Zealand. The motorcycle has a Kawasaki fuel tank and the finished project looks really astonishing. After sticking the engine between the two tires, the project soon started to take shape and the result was this amazing looking bike which looks fine.

Marcel decided to choose a modified Japanese 2-speed automatic transmission, using a chain drive. The turbo was swapped for a smaller and faster spooling turbo. The bike is fully road legal thanks to the dedication of its builder./Julian Groves