Gorka Ibargoyen bought an abandoned stone housebarn in the Bera Valley of Navarra and wanted to expand it to fit large houseparties without destroying the original character. With the help of architect friend Jordi Hidalgo Tané he went underground, building an annex to the primary home inside the adjacent hillside. 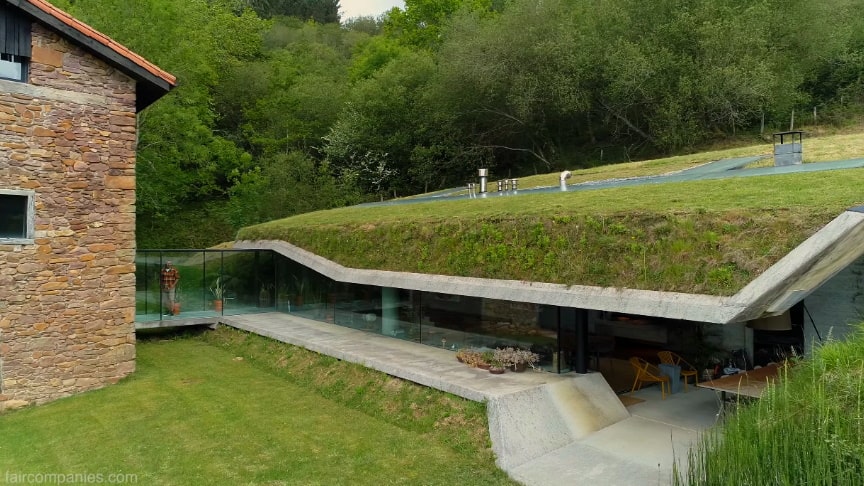 When looking at the model, Ibargoyen feared the hidden home might resemble a bunker, but the glass skylight in the green roof light combined with the long window running down the entire length of the structure brings in plenty of daylight to the subterranean shelter.

To unify the two structures, the used only glass, concrete, and wood for the interior, resulting in a concrete sink and a wooden shower. While the result is modern elegance, Ibargoyen insists it’s not a fussy home “Things are made to be used, and to show wear over time”, he explains and pointing to a wine stain on the cement countertop, he adds, “That is happiness”.//Kirsten Dirksen