Heron’s Fountain is a mind bending hydrodynamic mechanism. It appears to be perpetual motion but it fact it’s a really clever mix of pneumatics and hydraulics. This 2D presentation helps to explain how it works.Heron’s fountain is not a perpetual motion machine.If the nozzle of the spout is narrow, it may play for several minutes, but it eventually comes to a stop.Flow of water from high gravitational potential energy to low gravitational potential energy causes a fountain to form, due to increasing pressure on the inside of the system. 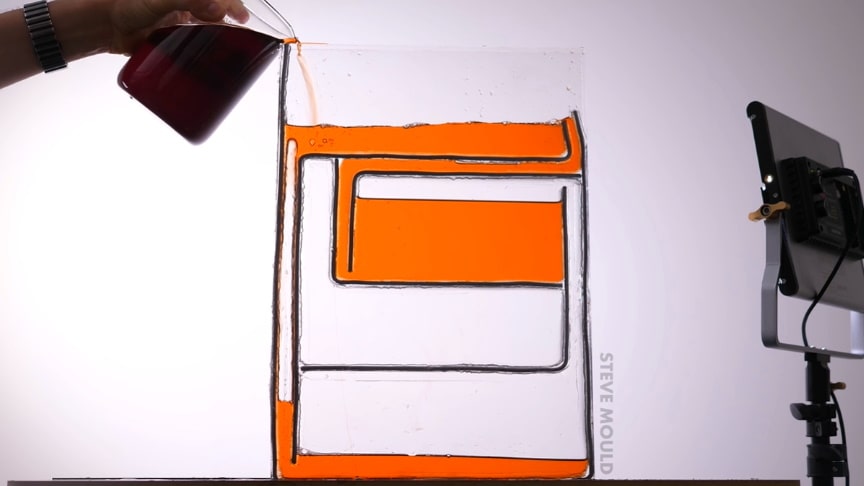 Its action may seem less paradoxical if considered as a siphon, but with the upper arch of the tube removed, and the air pressure between the two lower containers providing the positive pressure to lift the water over the arch. The device is also known as Heron’s siphon.

The gravitational potential energy of the water which falls a long way from the basin into the lower container is transferred by pneumatic pressure tube (only air is moved upwards at this stage) to push the water from the upper container a short way above the basin.