When Carl Cassell started his restaurant in Toronto’s Queen West, land was affordable; now it’s not, so when he and his wife Ana Silva wanted to move into the neighborhood, they decided to build on top of their eatery, using shipping containers as a way to prefab it offsite and avoid shutting down the business for more than a few days. 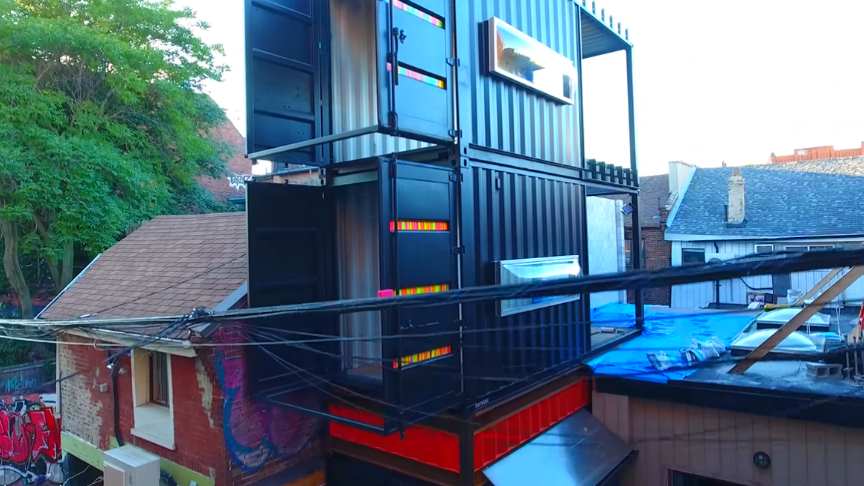 After selling their home to help pay for the build, the couple and their 5 children moved into Carl’s old bachelor pad: a 650 square-foot apartment (also above the restaurant). There they lived for 3 years as Carl did most of the build-out himself.

The finished home is a light, modern and filled with art, like the portrait Carl did of his father out of hair or the full-body piece of his wife from MDF and wood glue.Even the functional elements of the home are art.

Carl used the udukuri technique to bring out the wood grain in most doors in the home. To avoid expensive corten steel, Carl created his own by “painting” sheet metal with vinegar, hydrogen peroxide and salt for an overnight patina. Not wanting to spend “$2000 on a chandelier”, he bought $45 bulbs and hung them from a faux fireplace mantelpiece attached to the ceiling.via/read more: Kirsten Dirksen