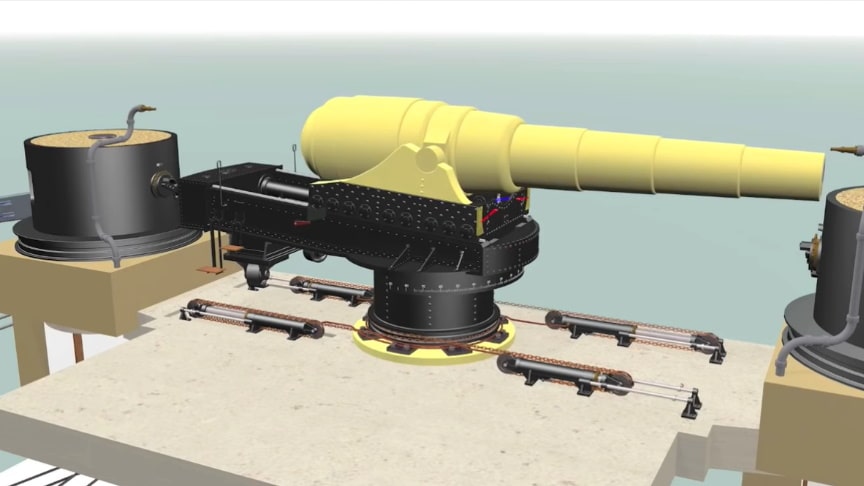 Range 6-7 miles. Firing rate 1 round every 6 minutes. The Fort used Watkins Depression Range Finder and Position Finder for fire control. The 15 guns Armstrong made were used to arm two Italian battleships and, to counter these, British fortifications at Malta and Gibraltar.

The gun was 9.953 m long. The barrel’s maximum outer diameter was 1.996 m, which reduced to 735 mm at the muzzle. The construction method of an inner steel tube surrounded by multiple wrought iron coils,[6] was very complex, with several structures containing one another.

The internal barrel was 30 feet 3 inches (9.22 m) long, or 20.5 calibers. The weight of the gun was 103,888 kg, or about 100 tons.Firing was mechanical or electrical, with an optical system for aiming.Based on original drawings and original operarting manuals. Animation created using Cinema 4D. Music credits are shown at the end of the movie.