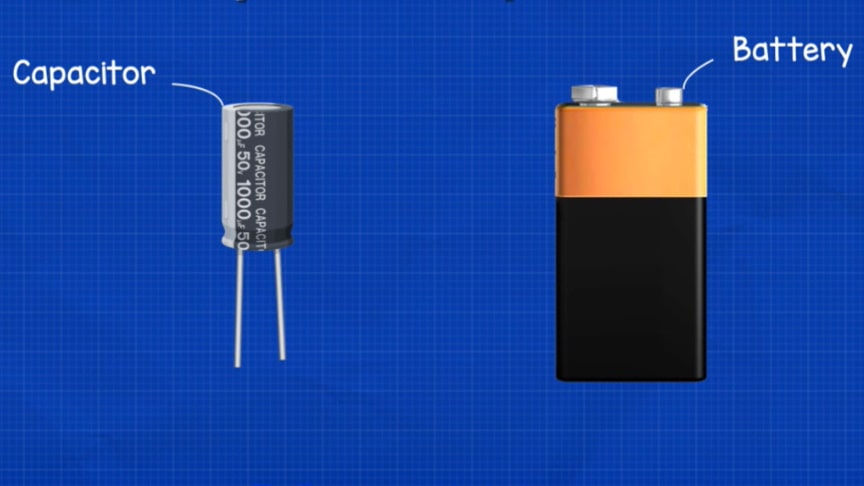 A capacitor is a device that stores electrical energy in an electric field. It is a passive electronic component with two terminals.Inside, the terminals connect to two metal plates separated by a non-conducting substance.When activated, a capacitor quickly releases electricity in a tiny fraction of a second.

Inside the capacitor, the terminals connect to two metal plates separated by a non-conducting substance, or dielectric.The physical form and construction of practical capacitors vary widely and many types of capacitor are in common use. Most capacitors contain at least two electrical conductors often in the form of metallic plates or surfaces separated by a dielectric medium. A conductor may be a foil, thin film, sintered bead of metal, or an electrolyte.