An air compressor is a pneumatic device that converts power using an electric motor, diesel or gasoline engine, etc. into potential energy stored in pressurized air . By one of several methods, an air compressor forces more and more air into a storage tank, increasing the pressure. 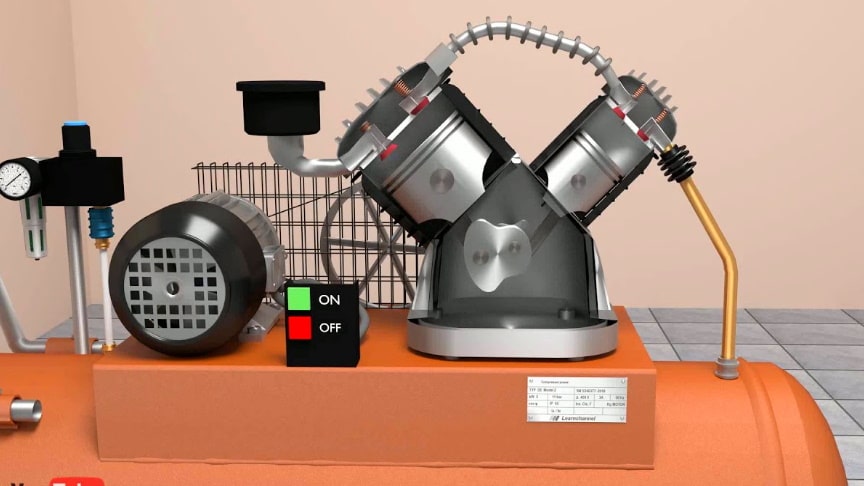 Like a small internal combustion engine, a conventional piston compressor has a crankshaft, a connecting rod and piston, a cylinder and a valve head.Air compressors work by forcing air into a container and pressurizing it.

Then, the air is forced through an opening in the tank, where pressure builds up. Think of it like an open balloon: the compressed air can be used as energy as it’s releasedWhen the tank’s pressure reaches its engineered upper limit, the air compressor shuts off.

The compressed air, then, is held in the tank until called into use.The energy contained in the compressed air can be used for a variety of applications, utilizing the kinetic energy of the air as it is released and the tank depressurizes. When tank pressure reaches its lower limit, the air compressor turns on again and re-pressurizes the tank./wikipedia