This concept aircraft is called the Drako, and it is a fantasy envisioning of the future of aviation as we know it today.Its designed for trunk routes, those flown by aircraft like the Boeing 777 or the Airbus A350, between capitals like Paris and New York, or London to Singapore. But these planes will go much faster, clocking in under two hours between North America and Europe, and even quicker over the north pole to asia. 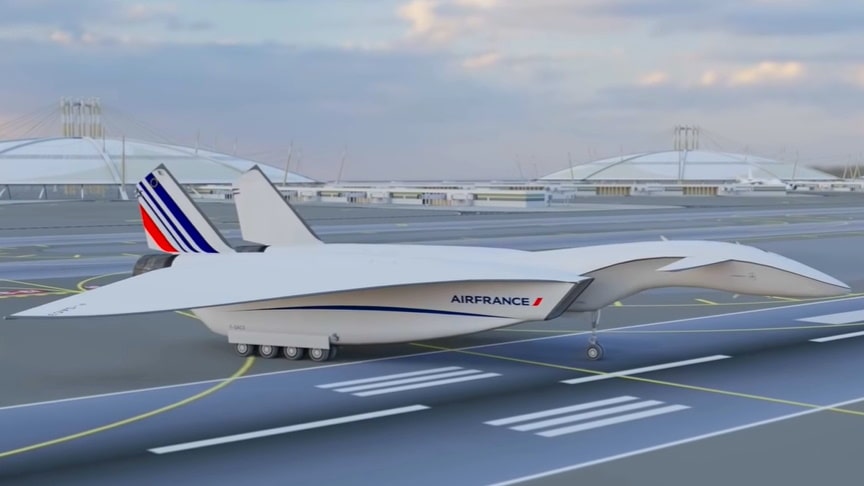 Its all about having the most efficent engine at the right speed. At low speeds, the plane uses a typical turbofan engine. Then when the aircraft is over the ocean, it will switch to its ramjet and move up to and beyond the sound barrier. The turbojet will then shut down until needed. While both engines will share an inlet and outlet for airflow, they will have speratee airflows inside the fuslage. the reverse process will also happen when the aircraft slows down for landing.Watch the video from Found And Explained for more info:

This would allow the aircraft to have a speed of up to mach 3 at 95,000 feet, or perhaps as fast as mach 6 where applicable. Because the aircraft moves so fast, its tail is effectively useless at steering at highspeeds – thus the design has two canards at the nose of the plane to allow for sterring at mach 3.

As regards to range, this will greatly depend on fuel. This radical design will require at least some form of hydrocarbons or ecofuel and its still unlikely by 2050 we will have any replacement as its so light and energy dense. For regional travel, aircraft will likely have switched to some form of electrical power, but thats a video for another time. via.read more: Found And Explained