A printed circuit board (PCB) mechanically supports and electrically connects electrical or electronic components using conductive tracks, pads and other features etched from one or more sheet layers of copper laminated onto and/or between sheet layers of a non-conductive substrate. 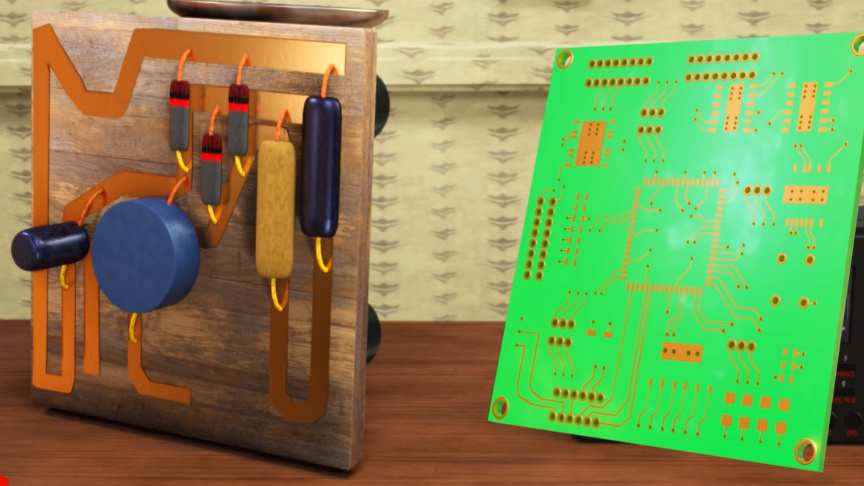 Components are generally soldered onto the PCB to both electrically connect and mechanically fasten them to it.Printed circuit boards are used in all but the simplest electronic products. They are also used in some electrical products, such as passive switch boxes. Let’s understand the basis of a PCB in this video.

Mass-producing circuits with PCBs is cheaper and faster than with other wiring methods, as components are mounted and wired in one operation. Large numbers of PCBs can be fabricated at the same time, and the layout only has to be done once. PCBs can also be made manually in small quantities, with reduced benefits.

PCBs can be single-sided (one copper layer), double-sided (two copper layers on both sides of one substrate layer), or multi-layer (outer and inner layers of copper, alternating with layers of substrate)./via/read more: wikipedia