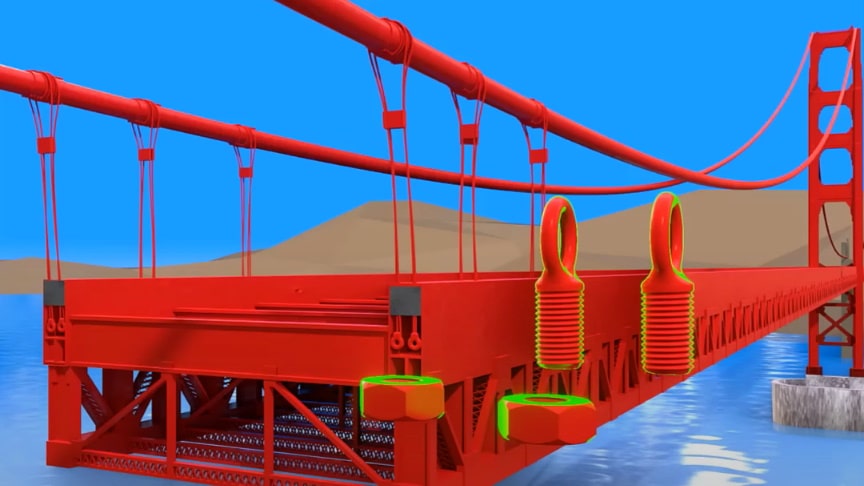 The Golden Gate Bridge’s clearance above high water averages 67 m while its towers, at 227 m above the water,were the world’s tallest on a suspension bridge until 1993 when it was surpassed by the Mezcala Bridge, in Mexico.The design and construction of Golden gate bridge lead to revolution in Civil engineering. Let’s understand all the magical engineering behind the golden gate bridge. Watch the video from Lesics:

The weight of the roadway is hung from 250 pairs of vertical suspender ropes, which are attached to two main cables. The main cables pass over the two main towers and are fixed in concrete at each end.