EMF, or electromotive force, refers to the voltage created by a battery or by a changing magnetic field. Counter EMF, also called Back EMF, is a related phenomenon that we will illustrate in this animation. 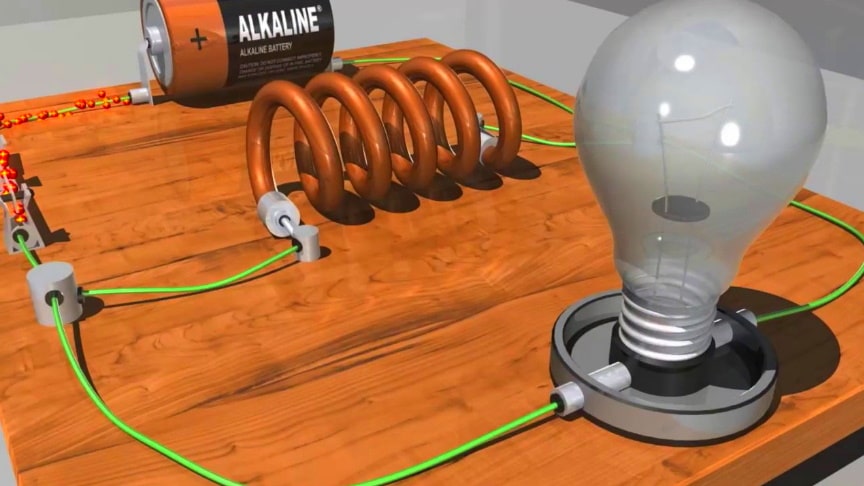 Here is a simple circuit featuring a battery a nice switch and a light bulb. This circuit is also provided with a wire coil that serves as an inductor.When the current reaches this Junction it splits and flows to both the inductor and to the light bulb. Watch the video from National MagLab for more info: National MagLab

At first the current flows much more strongly towards the light bulb. This happens because as the magnetic field in the inductor grows, it induces its own voltage through Faraday’s law, this is called electromagnetic induction.

So the inductor here is creating a back EMF represented by this yellow arrow back EMF always opposes the change that created it. so in this instance the back EMF is opposing the change created by turning on the circuit.An inductor, also called a coil, choke, or reactor, is a passive two-terminal electrical component that stores energy in a magnetic field when electric current flows through it. An inductor typically consists of an insulated wire wound into a coil.