The phsysics behind the arch bridges is exciting. Let’s understand the details behind them in a logical way.An arch bridge is a bridge with abutments at each end shaped as a curved arch. Arch bridges work by transferring the weight of the bridge and its loads partially into a horizontal thrust restrained by the abutments at either side. 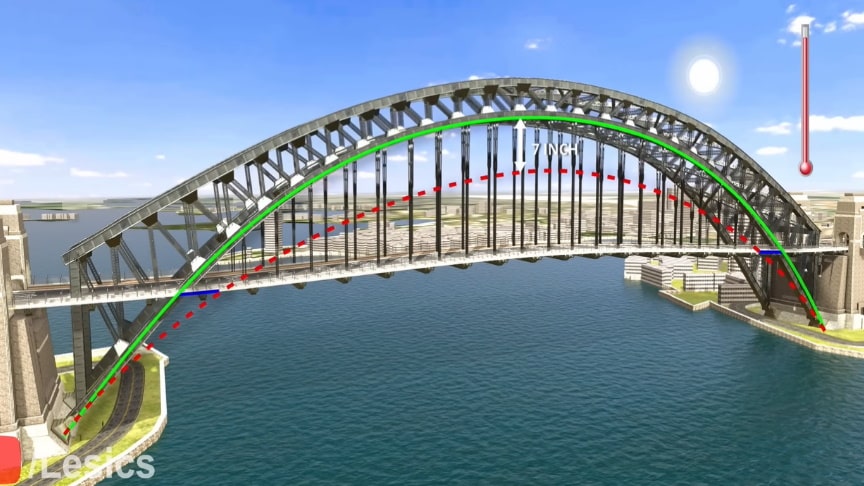 The basic principle of arch bridge is its curved design, which does not push load forces straight down, but instead they are conveyed along the curve of the arch to the supports on each end. Advantages of Arch BridgesHigh levels of strength and resistance.Adapts to local environmental conditions well.Greater span compared to beam bridges (though less span than cantilever and suspension types).Watch the video from Lesics:

The deck can be supported or hung from this main structure, and depending on the position of the arch relative to the deck.The natural curve of the arch and its ability to dissipate the force outward greatly reduces the effects of tension on the underside of the arch.

The arch is held longitudinally at one end, with the other end free to expand or contract under varying temperatures.If a load is placed on the deck, it is transferred to the arch via the hangers, as the global stiffness of the arch is greater than the bending stiffness of the deck.