Have you ever wondered why the train wheel shape is conical, not straight. Let’s explore this simple, but genius invention in detail.The secret lies in the train’s wheels.Although they seem cylindrical at first glance, when looking more closely you will notice that they have a slightly semi-conical shape. 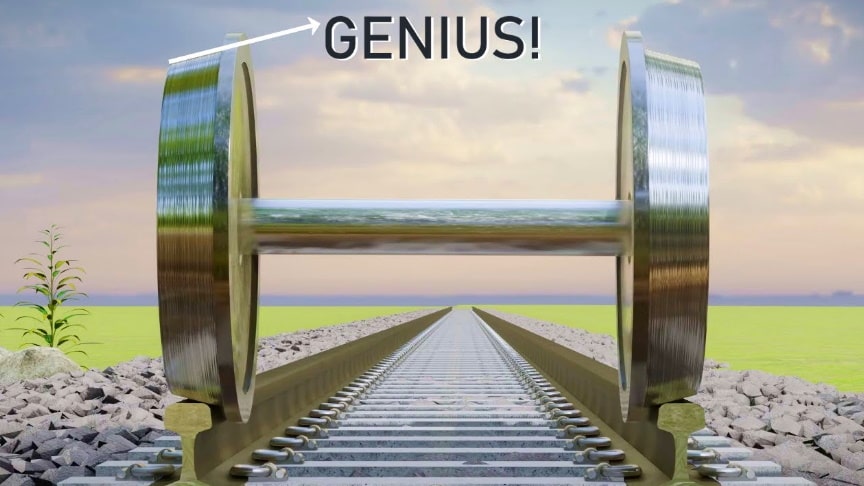 A train wheel or rail wheel is a type of wheel specially designed for use on railway tracks. The wheel acts as a rolling component, typically pushed onto an axle and mounted directly on a railway carriage or locomotive, or indirectly on a bogie.

Almost all train wheels have a curved projection, a flange, on one side to keep the wheels, and hence the train, running on the rails when the limits or tests of alignment are reached: when a bend is taken at appropriate speed, when there are strong sidebreezes, and to withstand e.g. most common emergent defects in trackbed, rail and mild debris.

The running surface of most is concave, serving as the primary means of keeping the train’s motion aligned with the track while in others it is flat such that the flanges are essential to keep the train on the rail track.