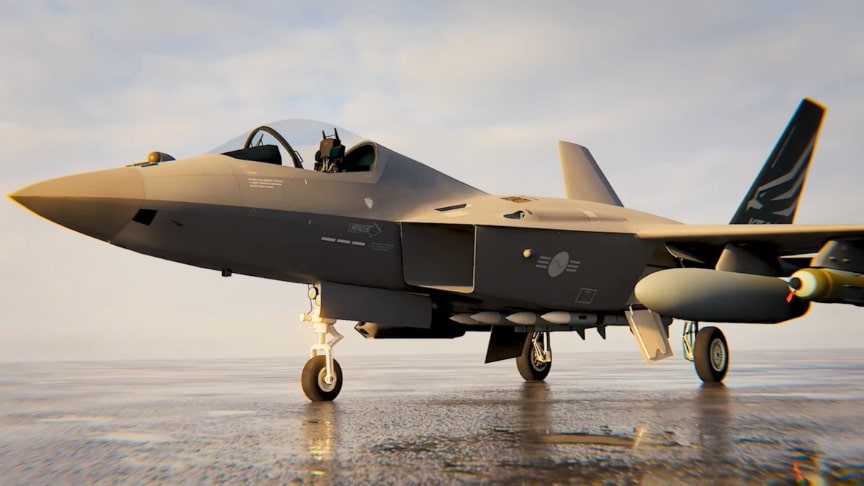 The official name of the advanced version is F-15SE Silent Eagle. So far there is only one unit, developed by Boeing, the cost of producing a single Silent Eagle is about $100 million. It is much more compared with the cost of building the standard F-15E Eagle. F-15SE is 19.4m long, 5.6m high and has a wingspan of 13m.

The F-15 Silent Eagle has many new features. One of the most important is that it has radar-absorbent coating. The aircraft has internal weapons bay, with four internal hardpoints. As a result the Silent Eagle has reduced radar-cross section and is more stealthier that its predecessor. Its stealth abilities were proven by the test flights.Weapon load is basically the same as on the F-15 Eagle. Its internal weapon bay with 4 hardpoints.

Weapons can be also carried externally. The Silent Eagle can carry various air-to-air, air-to-ground missiles, precision guided munitions and bombs.The Silent Eagle uses the same type of engines as the F-15E. IT is powered by two Pratt & Whitney F100-229 afterburning turbofans that produce 129 kN of force.True airfoil wing design generate better lift, as it will also give better look to the F-15 Silent Eagle.rear mounted motor.2 ailerons and 2 elevators with some room for rudders mod.The F-15SE would also be equipped with the BAE digital electronic warfare suite.