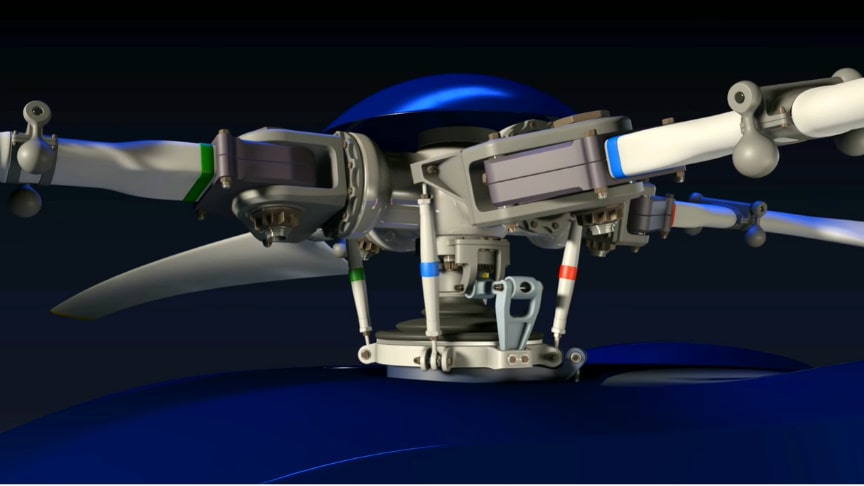 The swashplate consists of two main parts: a stationary swashplate and a rotating swashplate. The stationary (outer) swashplate is mounted on the main rotor mast and is connected to the cyclic and collective controls by a series of pushrods. It is able to tilt in all directions and move vertically.

The rotating (inner) swashplate is mounted to the stationary swashplate by means of a bearing and is allowed to rotate with the main rotor mast. An anti-rotation link prevents the inner swash from rotating independently of the blades, which would apply torque to the actuators.

The outer swashplate typically has an anti-rotation slider as well to prevent it from rotating. Both swashplates tilt up and down as one unit. The rotating swashplate is connected to the pitch horns by the pitch links. Alternative mechanics to the stationary (outer) swashplate are the hexapod and the universal joint.