The vast majority of car batteries are part of the lead-acid battery group,the car battery is a rechargeable battery that is used to start a motor vehicle. Its main purpose is to provide an electric current to the electric-powered starting motor, which in turn starts the chemically-powered internal combustion engine that actually propels the vehicle. Once the engine is running, power for the car’s electrical systems is still supplied by the batter. 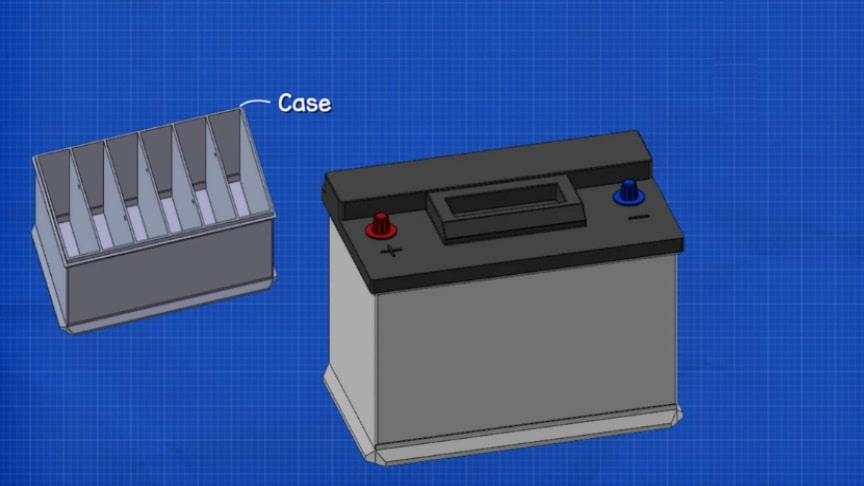 An automobile battery is an example of a wet cell battery, with six cells. Each cell of a lead storage battery consists of alternate plates made of a lead alloy grid filled with sponge lead (cathode plates) or coated with lead dioxide (anode). Each cell is filled with a sulfuric acid solution, which is the electrolyte.

Initially, cells each had a filler cap, through which the electrolyte level could be viewed and which allowed water to be added to the cell. The filler cap had a small vent hole which allowed hydrogen gas generated during charging to escape from the cell.The cells are connected by short heavy straps from the positive plates of one cell to the negative plates of the adjacent cell.

A pair of heavy terminals, plated with lead to resist corrosion, are mounted at the top, sometimes the side, of the battery. Early auto batteries used hard rubber cases and wooden plate separators. Modern units use plastic cases and woven sheets to prevent the plates of a cell from touching and short-circuiting.