The Eiffel Tower is a wrought-iron lattice tower on the Champ de Mars in Paris, France. It is named after the engineer Gustave Eiffel, whose company designed and built the tower. 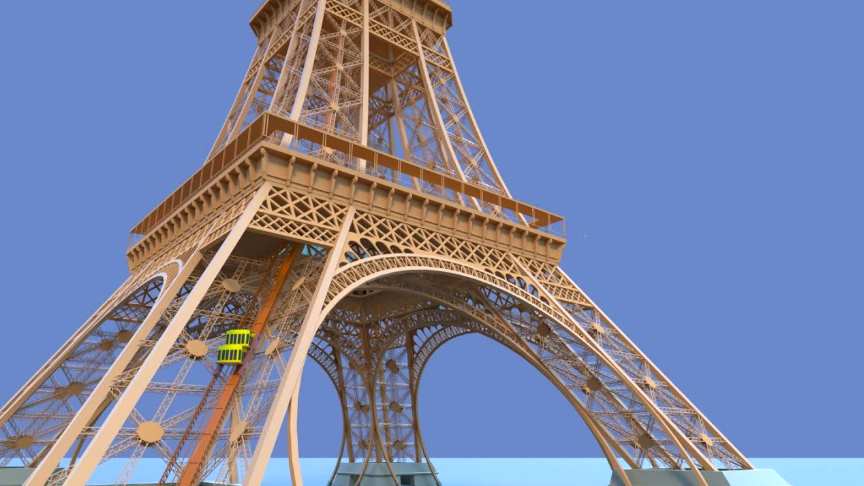 Constructed from 1887 to 1889 as the entrance to the 1889 World’s Fair, it was initially criticised by some of France’s leading artists and intellectuals for its design, but it has become a global cultural icon of France and one of the most recognisable structures in the world. Watch the video from Jared Owen for more info:

The Eiffel Tower is composed of three levels, the 1st floor, 2nd floor, and the summit (top level). The first floor has museum exhibits, a glass floor, changing exhibitions, souvenir shops, and restaurants. The second floor has more eateries and shops, the Jules Verne restaurant, and an observation area.

The summit is primarily an observation area that is 276 meters above the ground, making it the highest observation deck in Europe. The top floor is split across two levels and you’ll also find a champagne bar and a recreation of Gustave Eiffel’s office.The tower is 324 metres (1,063 ft) tall, about the same height as an 81-storey building, and the tallest structure in Paris. Its base is square, measuring 125 metres (410 ft) on each side.