The copper statue, a gift from the people of France to the people of the United States, was designed by French sculptor Frédéric Auguste Bartholdi and its metal framework was built by Gustave Eiffel. The statue was dedicated on October 28, 1886.The Statue of Liberty is located on Liberty Island in New York City. 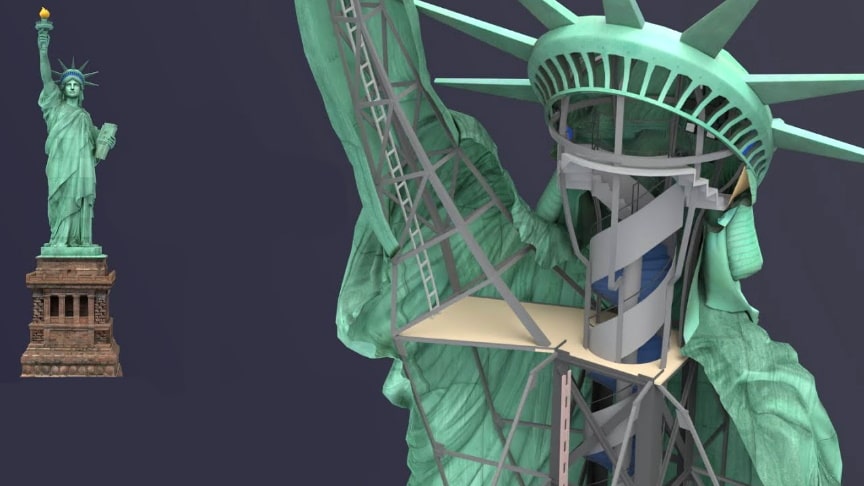 The tablet in her right hand is the declaration of independence. The statue was designed by Frederic-Auguste Bartholdi using a method called Repoussé. This involved making a life size plaster model first and then hammer copper sheets around it.

The support structure was designed by Gustave Eiffel – the same person that helped build the Eiffel tower in Paris, France. The statue was built in Paris, France and then shipped across the ocean in 350 pieces.

You can go inside the pedestal and climb the stairs, then if you have a ticket, you can climb the spiral staircase to get to the very top – The Crown. There’s an emergency elevator inside just incase anything goes wrong. At one point they did allow the public into the torch but this stopped in the year 1916.TheStatue of Liberty has a room inside the flame.In 1916, the room in the torch had to be closed after an explosion (which was an act of sabotage committed by German agents during World War I). Since then, the room has been never reopened./Jared Owen