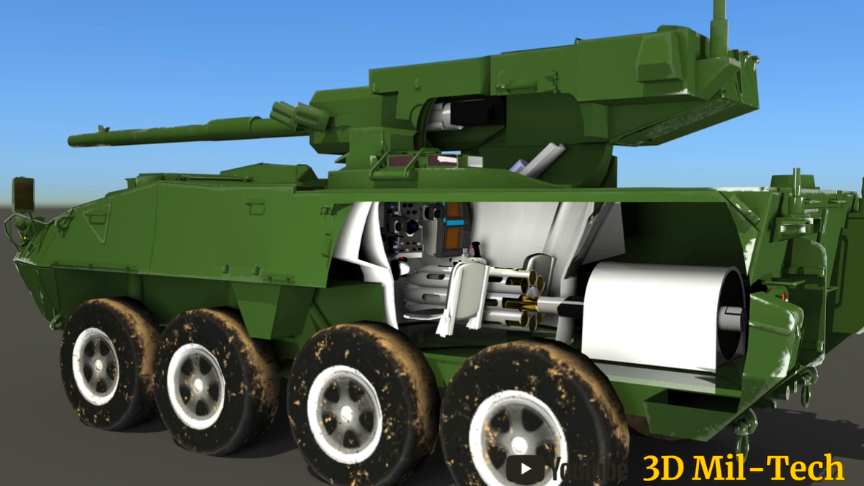 The M1128 Stryker MGS is the tank gun variant of the Stryker armored vehicle, can store 18 rounds of main gun ammunition, 8 in the autoloader’s ready magazine and an additional 10 in a Replenisher magazine at the rear of the vehicle. Watch the video from 3D Mil-Tech for more info:

An autoloader extracts a shell and propellant charge from the ammunition storage rack/compartment and loads it into a magazine or belt, if the gun has one, or directly into the chamber of the gun if it does not.

It often replaces a human loader. Automation can streamline and speed the loading process, resulting in a more effective design.With a smaller crew, the vehicle can also be made smaller inside.//wikipedia