In this video I stop by Steve Holcomb Pro Auto Custom Interiors just as they were finishing up this 1969 Chevrolet Camaro….Done in a pro touring style.They have made a few modifications to it..But nothing that changes the coolness of a 1st Generation Chevrolet Camaro…It’s covered in a pearl orange paint. 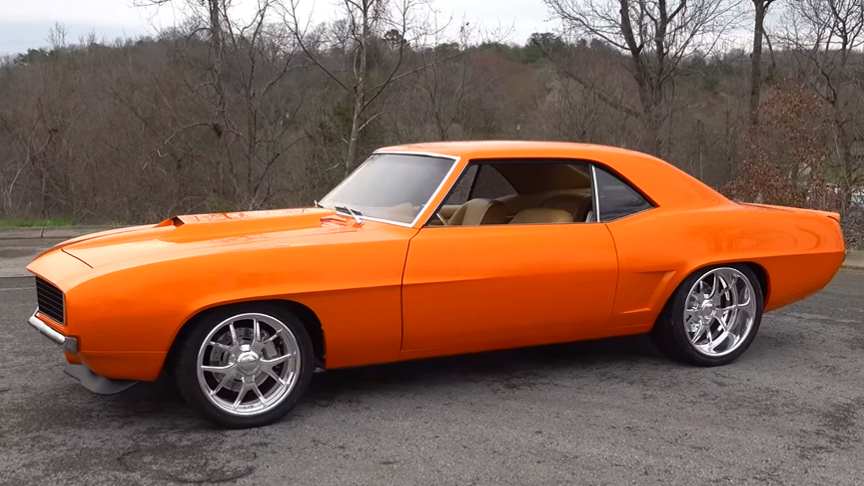 Being from Tennessee I really dig the color.It’s not a crazy in your face orange.The pearl tones it down enough that I think most people will like it.Steve and the Boy’s out at Pro Auto Custom Interiors installed a all custom leather interior.3D door panels.Bucket Seats in the back and they were able to almost make the tubs disappear.Custom Headliner.

With the updated suspension and breaks.This 1969 Chevrolet Camaro should be a Street Beast!!.Wheels are always a personal choice and no one set will please everyone.I’m good with the ones they chose to run on this 1969 Chevrolet Camaro from Steve Holcomb Pro Auto Custom Interiors.More of a modern look..That matches the custom touches the rest of the car has./ScottieDTV