Come see how a tank works! In this video we’re going to look specifically at the American M1A2 Abrams tank. The tank weighs 68 US Tons and can go up to 42 miles per hour. 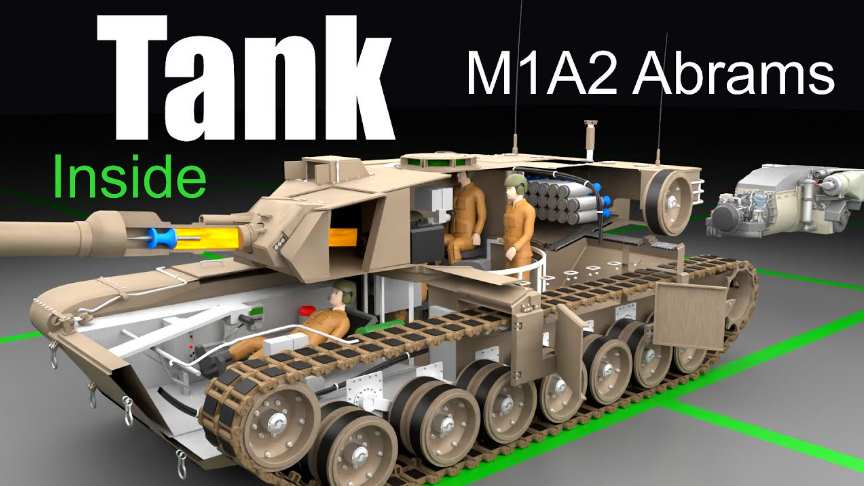 The tank holds a crew of 4 – the driver, gunner, commander and the loader. The driver is up front and the other 3 are in the turret.

The engine is in the back of the tank, it’s an AGT-1500 which is powered by jet fuel. The main gun fires shells at about 3500mph. It can hit a target 2 miles away. There are a few countries besides the USA that use variants of the M1 Abrams tank. M1A2 Abrams tank continues to be the main battle tank for the United States military.via: Jared Owen