A Nerf Blaster is a toy gun made by Hasbro that fires foam darts, discs, or foam balls. The term “Nerf gun” is often used to describe the toy;however, it is often used as a blanket term for any foam dart blaster, regardless of whether or not it has the Nerf brand name. 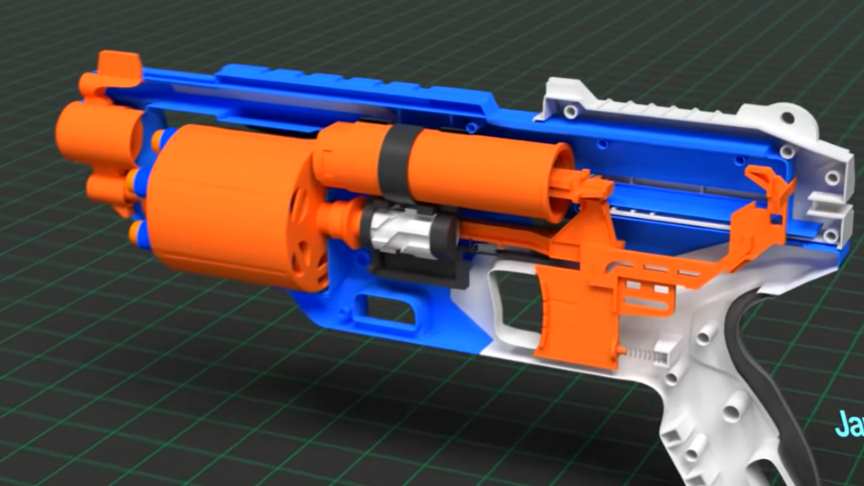 This one is called the “Nerf Elite Disruptor.” Lots of springs, levers, sliders, cams, and nerf darts! This quick draw blaster has a rotating drum that holds up to 6 Elite darts. Watch the video by Jared Owen for more info:

To prime the blaster, pull the slide back and release. Check the indicator; if it’s orange, the blaster is primed and ready to fire.The parts of the nerf gun are the plunger, spring, and valves. Each of these has their key role in the grand execution.

The plunger works by sucking air and loading the gun barrel with pressure. When the trigger is pulled, the pressurized air sends a dart into a trajectory and the higher the pressure, the faster and farther the dart shoots./ Jared Owen