Here’s a video about a very special sport prototype. The car is called Inaltera LM and it was built in 1976 by French racing driver Jean Rondeau in order to comply with the new LM GTP class conceived by ACO in the same year, as opposed to the Group 6 open-cockpit prototypes by FIA. 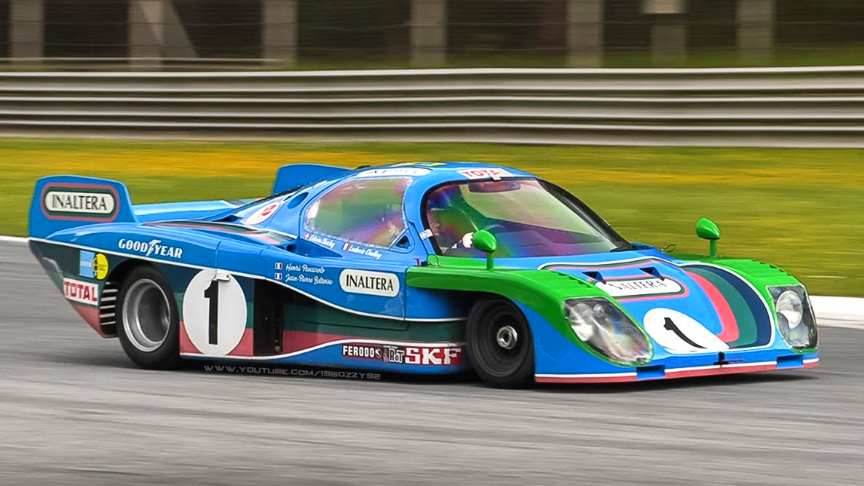 It was a class for cars with closed bodywork running to a fuel consumption formula instead of an engine displacement formula until the advent of Group C.

The Inaltera LM was built on a steel spaceframe chassis, strengthened by aluminium box sections with double wishbones suspensions on both front and rear.

Front discs were limited in size by the GTP regulations, which dictated a maximum wheel size of just 13″. High speed stability was ensured by two fins on each side of the wide tail. The 3.0-litre Cosworth DFV V8 engine was able to produce around 420 hp and the car weighed around 800 kg.via/read more: 19Bozzy92