The Velocity XL is an American amateur-built aircraft, produced by Velocity, Inc.. It is an enlarged version of their Velocity SE canard pusher design.The Velocity XL RG is one of the most unique single engine airplanes in the world. 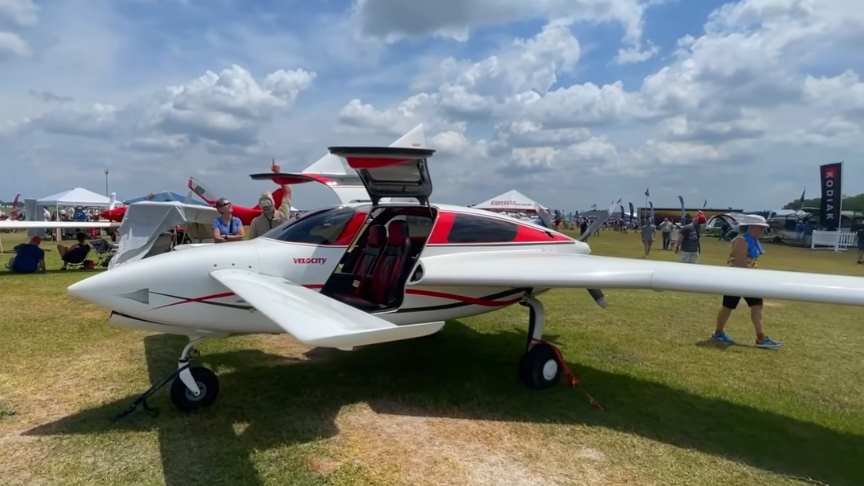 It is carnard design with a pusher motor in the back. The XL also boasts one of the largest cabin of all 4 seat kit aircraft. With 47.5″ shoulder to shoulder. Velocity XL comes with several engine options from 260 to 310 Horse Power. You can expect cruise speeds in this aircraft at 200 knots (230 mph).