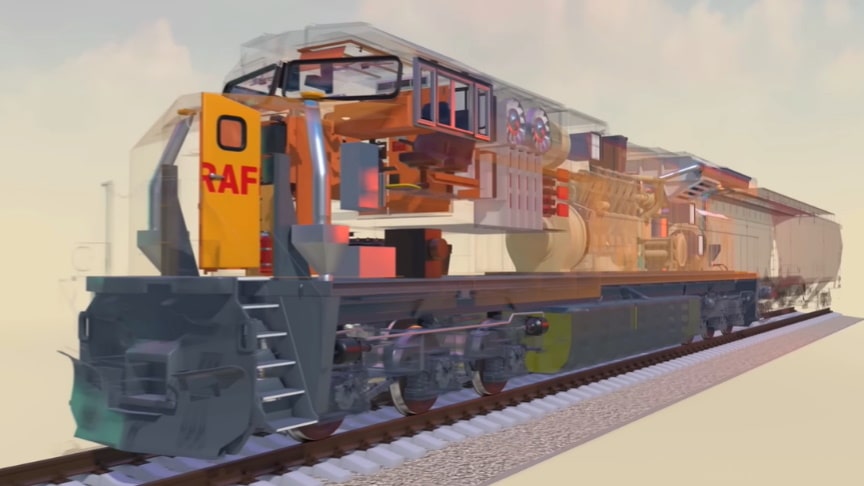 In a diesel–electric locomotive, the diesel engine drives either an electrical DC generator generally, less than 3,000 hp (2,200 kW) net for traction, or an electrical AC alternator-rectifier (generally 3,000 hp net or more for traction), the output of which provides power to the traction motors that drive the locomotive. There is no mechanical connection between the diesel engine and the wheels. Watch the video from Animagraffs for more info:

The important components of diesel–electric propulsion are the diesel engine (also known as the prime mover), the main generator/alternator-rectifier, traction motors (usually with four or six axles).

And a control system consisting of the engine governor and electrical or electronic components, including switchgear, rectifiers and other components, which control or modify the electrical supply to the traction motors. In the most elementary case, the generator may be directly connected to the motors with only very simple switchgear.