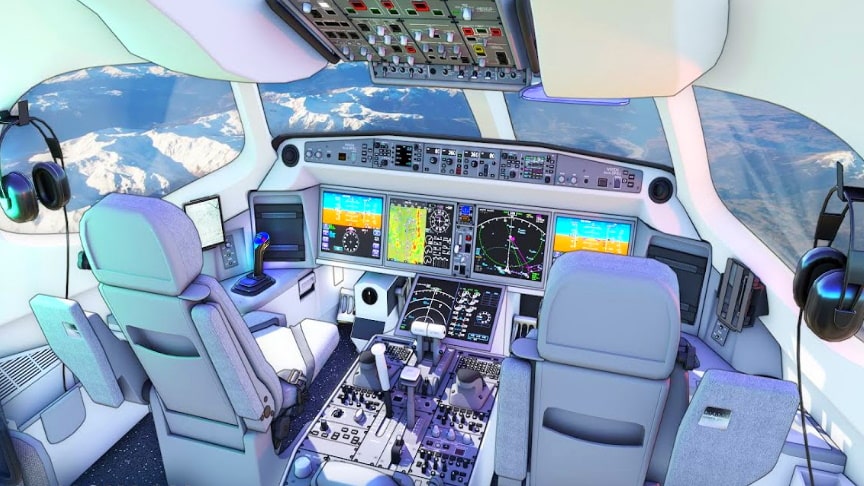 In all types of aircraft there is always an instrument panel located in front of the pilots to display the information required for navigation and flight control.Learn about every button, switch, knob, screen, lever, and control device in a modern airliner cockpit. Video by Animagraffs:

In most airliners, a door separates the cockpit from the aircraft cabin.

There are significant variations in the layout of the cockpit from one aircraft to another, the most common components of an aircraft cockpit are always the same: