Flying car news: Ryse Aero Technologies plans to bring safe, reliable and affordable Recon eVTOL aircraft to its future customers around the world.While the eVTOL is not designed for urban use or commuting and aims at farmers and ranchers, the Recon is pitched as a buy ‘n’ fly ultralight aircraft with no requirement for a pilot license. 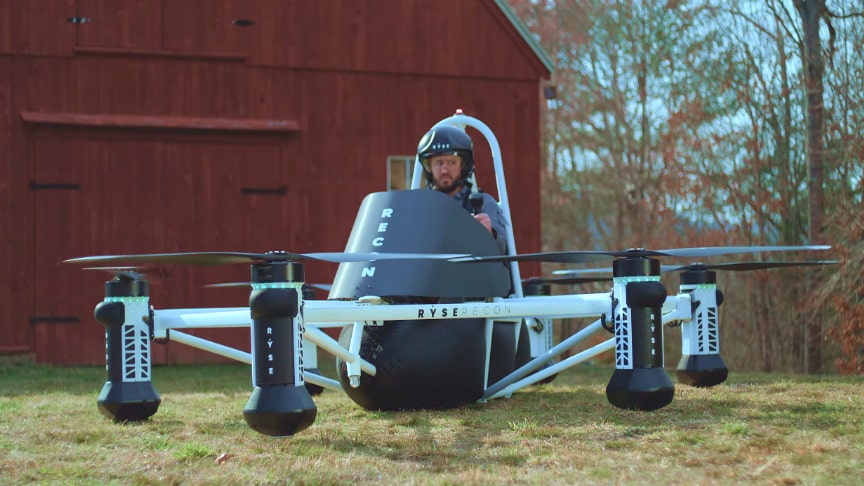 The aircraft sports six propellers, six electric motors, an open cockpit and open-framed fuselage. The multicopter is capable of making land-based and water takeoff and landings.

When it comes to its control scheme, it’s also very basic. It comes with a pair of joysticks and its flight control module is enhanced with technology that can detect and avoid obstacles. The aircraft has a maximum altitude to 700 ft above ground level./RYSE Aero Technologies