A motorcycle engine is an engine that powers a motorcycle. Motorcycle engines are typically two-stroke or four-stroke internal combustion engines, but other engine types, such as Wankels and electric motors, have been used. 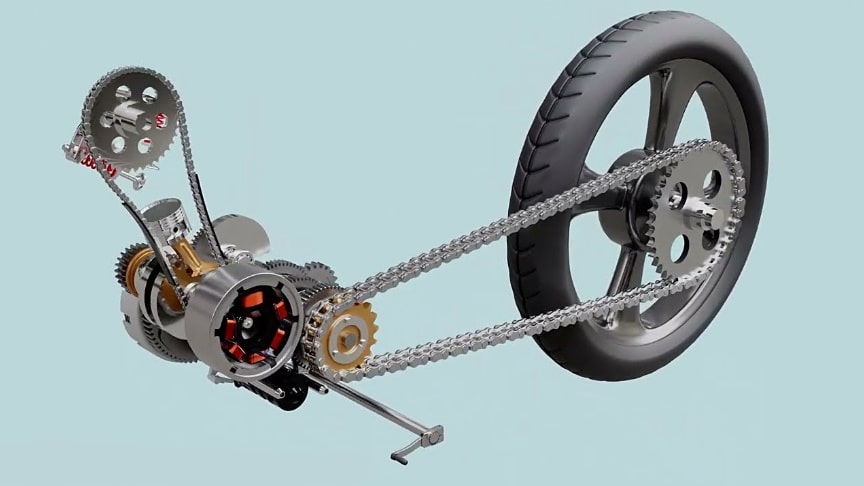 Although some mopeds, such as the VéloSoleX, had friction drive to the front tire, a motorcycle engine normally drives the rear wheel, power being sent to the driven wheel by belt, chain or shaft.

Most manual transmission two-wheelers use a sequential gearbox. Most motorcycles (except scooters) change gears (of which they increasingly have five or six) by a foot-shift lever. On a typical motorcycle, either first or second gear can be directly selected from neutral, but higher gears may only be accessed in order – it is not possible to shift from second gear to fourth gear without shifting through third gear.//wikipedia