A nuclear submarine is a submarine powered by a nuclear reactor, but not necessarily nuclear-armed. The performance advantages of nuclear submarines over “conventional” (typically diesel-electric) submarines are considerable. Nuclear propulsion, being completely independent of air, frees the submarine from the need to surface frequently, as is necessary for conventional submarines. 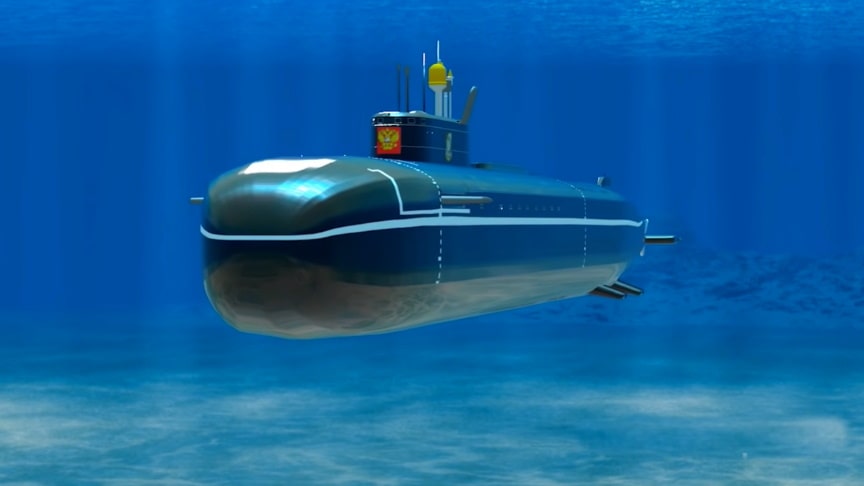 Reactors in a nuclear-powered submarine are typically fuelled with uranium.Inside the reactor, uranium-235 is bombarded with neutrons, causing some of the nuclei to undergo nuclear fission. In turn, more neutrons are released and the process continues in a so-called nuclear chain reaction. The energy is given off as heat, which can be used to drive turbines that generate electricity for the submarine.Watch the video from Learn from the base for more info:

The large amount of power generated by a nuclear reactor allows nuclear submarines to operate at high speed for long periods of time, and the long interval between refuelings grants a range virtually unlimited.Current generations of nuclear submarines never need to be refueled throughout their 25-year lifespans.

Conversely, the limited power stored in electric batteries means that even the most advanced conventional submarine can only remain submerged for a few days at slow speed, and only a few hours at top speed, though recent advances in air-independent propulsion have somewhat ameliorated this disadvantage.//wikipedia