Falcon 9 is a reusable, two-stage rocket designed and manufactured by SpaceX for the reliable and safe transport of people and payloads into Earth orbit and beyond. Falcon 9 is the world’s first orbital class reusable rocket. Reusability allows SpaceX to refly the most expensive parts of the rocket, which in turn drives down the cost of space access. 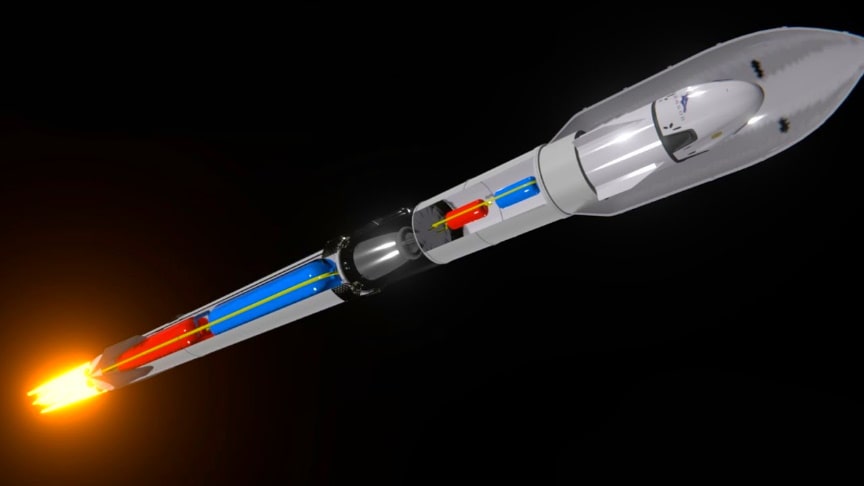 The Falcon 9 is a two-stage, LOX/RP-1-powered heavy-lift launch vehicle. Both stages are equipped with Merlin 1D rocket engines, nine sea-level adapted versions on the first stage, and one vacuum adapted version on the second stage. Every engine uses a pyrophoric mixture of triethylaluminum-triethylborane (TEA-TEB) as an engine igniter.

The first stage engines are arranged in a structural form SpaceX calls “Octaweb.”Many cores include four extensible landing legs attached around the base of the Octaweb.To control the descent of the core through the atmosphere, SpaceX uses grid fins that deploy from the vehicle after separation. The legs deploy moments before landing.

The propellant tank walls and domes are made from aluminum–lithium alloy. SpaceX uses an all friction-stir welded tank, the highest strength and most reliable welding technique available. The second stage tank of a Falcon 9 is simply a shorter version of the first stage tank./wikipedia