The Ho 229 was a radical departure from modern aircraft design, and had it been rolled out, could have change the the outcome of the war, the way we design planes today and even led to something far more sinister…This is the original flying wing, the Horten 229.As BBC Future noted in 2016, the ‘flying wing’ design is not a common sight in the skies because it’s an incredibly hard concept to make work. 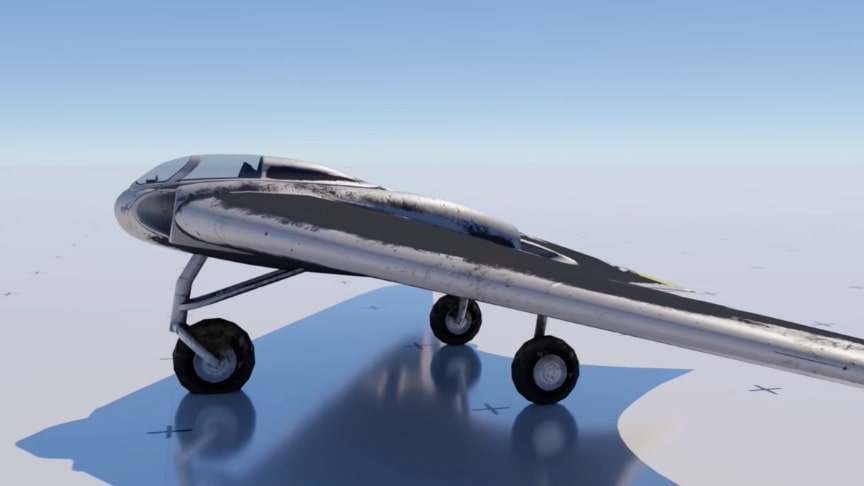 Remember, the main tail of any aircraft keeps it stable and prevents it from swerving or yawing from side to side. Therefore, a lack of tail makes the aircraft a lot harder to control.Even more of a challenge is what happens to an aircraft without a tail when its engine stops; that is, can it still fly during a stall? Watch the video from Found And Explained:

The ability to do that is an inherent capability that any aircraft has to be able to do.So why would you try to build an aircraft inherently difficult to fly?The Horten Ho 299 was a sleek number, measuring 7.4 metres or 24 feet 3 inches in length at its centre-line, with a total wingspan of 16.8 metres or 55 feet 1 inch.The Horten wing concept addressed the whole engine stall dilemma that afflicts flying wing aircraft by ensuring that the aircraft would keep stable at all times.

The Horten Ho’s cockpit height was a decidedly low 1.1 metres or just 3 feet 7 inches, although it overall height was 2.81 metres or 9 feet 3 inches. Unsurprisingly, this cramped space meant that it only allowed for one crew member – and even that would be damn tight for said pilot.Its range was a highly impressive 1,900 kilometres or 1,200 miles, noteworthy too because it was far in excess of the 1,000 kilometre range demanded by Herman Göring. It also had a flying ceiling of 15,000 metres or 49,000 feet, which was useful in terms of stealth./Found And Explained